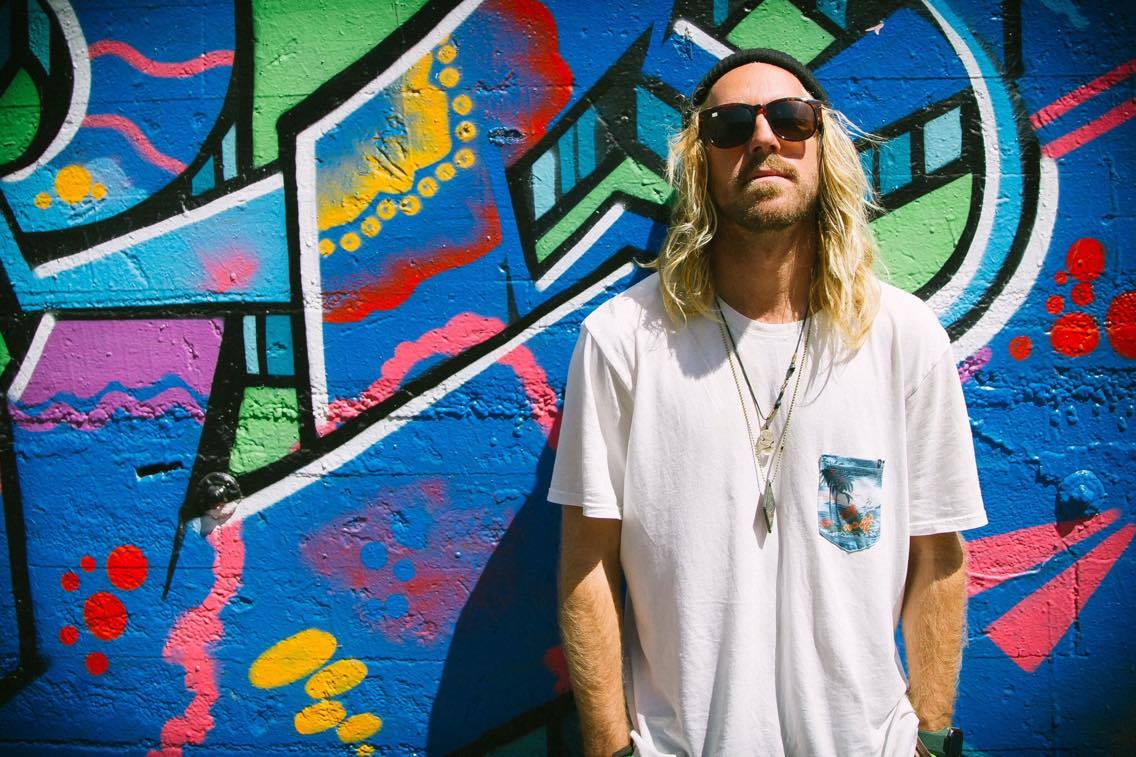 Whats poppin bassheads? Welcome to another very special episode of West Coast Wednesdays! This week on deck, we have an eye opening interview from none other than Santa Cruz’s very own Party Wave, alongside an exclusive premiere of the title track from his upcoming Ohana EP, available everywhere April 7th on MalLabel Music.

Party Wave’s signature style of eastern inspired gangster shanti bass music has grown on us immensely since first discovering him a few years ago, and since then we’ve been nothing short of impressed by all of his releases, and there have been alot of them. This latest EP entitled Ohana is hitting the interwebs just a week after Party Wave himself returns to the mainland from his winter vacation in Hawaii to begin another slew of tours as festival season kicks off.

Ohana is a perfectly logical and fantastically innovative next step for Part Wave. Featuring four original tracks, and three remixes from west coasts OG’s Shlump, Suds & Goopsteppa, this EP contains everything that makes west coast bass music our favorite underground genre to be a part of. It’s heavy, it’s subby, it’s smooth & it’s groovy, with the perfect amount of diversity attributed not only to the remixes, but to the originals themselves.

That’s why we are so excited to be able to give you a little taste of what’s coming your way next week in the form of this epic title track “Ohana,” that is the exemplification of just what it means to ride the Party Wave. Not only that, but we also have an in depth interview for you to check out so you can get to know the man behind the music. Fans old and new will definitely find this one interesting, so check it out below, and keep a your eyes peeled for more Party Wave right here on Your EDM next week!

Tell us about your upcoming Ohana EP, out on April 7th on MalLabel. What inspired you to write these tunes and pushed the direction of the sound?

‘Ohana’ was written partially in fall back in California and on the road on tour, and the rest was written this winter in Hawaii. I’ve always been into pushing sounds out of different genres that a lot of artists don’t sample or dabble with much. I’ve always had a love to middle eastern style samples and riffs, like lots of my previous stuff. So this EP is definitely a reflection of that.

Your music has a really trippy, spaced out vibe to it. Where does this come from?

I think space in music is just as important as sounds. It gives the listener a chance to fill in the dots how they want. If a tune is really busy and doesn’t have space, it’s a lot harder to dance and feel the music. simplicity is key. In my opinion, the best music is simple, but it’s also the hardest to make sound good. Add simplicity and a little darkness, and that’s what I’ve been really into.

You’re a part of a collective called ShadowTrix Music. Tell us about that.

Family! ShadowTrix was started by Trevor Kelly and Treemeista. ShadowTrix is all about pushing the envelope, and putting out new sound and pushing up and coming dope artists. Every EP that has dropped on their label thus far has been fire. ShadowTrix is doing it right, and building organically from the ground up, and fast. It’s the future.

We’ve noticed in the recent months you have switched your live set from CDJs and turntables to now using Ableton live for your sets. Why the switch?

I think I was just ready for a change. And I love the creativity and customization I have when using Ableton live. I think my sets have gotten better by leaps and bounds, and I’m having way more fun, and able to do a lot more live stuff, rather than just spinning from track to track. I still love spinning the traditional way, but I’m really loving Ableton live with the controller and will probably continue to use it every set for awhile.”

Who are some of your favorite artists on the scene right now?

Oh man so many… but at the moment i would have to say: Eprom, Daktyl, Mura Masa, Shlump, Trevor Kelly, Goopsteppa (in no particular order).

What got you started in this industry? Tell us about the origins of Party Wave.

Well, about 4 years ago I started getting really into spinning vinyl and was taught by a local San Diego legend when i was still living down there. I was already into electronic music, but didn’t start producing until 4 years ago when i got super stoked on DJing and really got more involved in the industry. And coming from a musical background (I grew up playing piano and drums my entire life since I was 5), I basically just picked up Ableton and learned and started making beats. Now here i am. super blessed to be where I’m at now and couldn’t be more stoked on the community I’ve grown into and the people I’ve met and the shows I’ve had the pleasure of playing.

You’ve just returned from a winter in Hawaii, tell us about what you’ve got in store for us this spring/summer.

Well first off, I have an EP dropping on April 7th with MalLabel, so I’m really excited for that first and foremost. and I also have a nice little Spring Tour that i set up and am bringing a lot my good bud, and excellent producer, SuDs! So we will be hitting most of the west coast, Canada, and a few festivals this spring. Really stoked to perform at Emissions this year as well as a few others festivals I can’t quite mention yet. And of course, lots of new music being released this year, and my sound has really been evolving these past few months into something new, so can’t wait to share that at upcoming shows and releases 🙂

Eprom for sure…. I have a long list of artists I would like to collab with, though. Collabing is healthy, and it’s a very good way to grow as an artist.