UPDATE 4/5 | After this article was published, KJ Sawka reached out to us to state that his comments on the Q&A were not meant to “conclude or confirm any sort of tour.” The inferences made in this article are our own, based on the language used by KJ Sawka, however no tour has been officially confirmed at this time.

If you follow KJ Sawka, drummer for Pendulum and Destroid, on Facebook, then you know how psyched he’s been about the return of Pendulum. In the weeks leading up to their Ultra Music Festival performance, he would share photos and thoughts on rehearsal and more. In a recent Q&A he initiated on Facebook because “I need to be engaged more in the comments on fb,” fans predictably gravitated toward questions about Pendulum.

Generally, in these situations, it wouldn’t be unusual for those questions to receive brief, inconsequential answers or to be ignored entirely. Instead, KJ has given us a lot to ponder over. Two interactions in particular could spill the beans on whether Pendulum is or isn’t actually going to be touring this year. 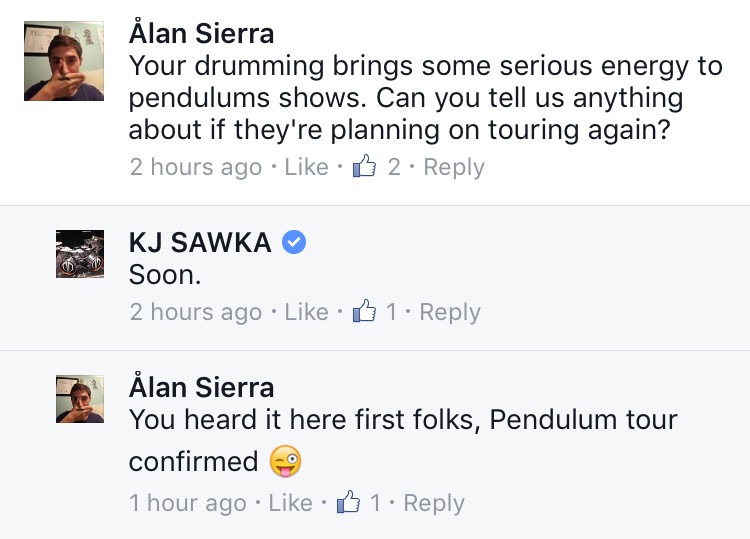 So what does this mean in terms of new music? That’s something we’re only going to have to wait and see.