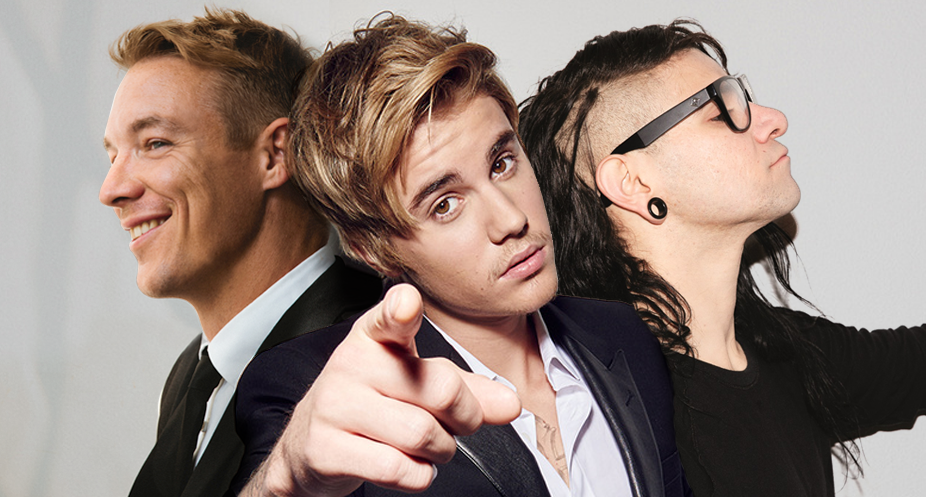 Last night, the iHeart Radio Music Awards in Los Angeles, California saw the best and brightest from their respective styles congregate under one roof to celebrate another year of achievement and excellence in music. In the dance music realm, Calvin Harris was able to beat out Major Lazer, Zedd, David Guetta and more for the top position in the Dance Artist of the Year category.

As a motion of respect, he even threw Skrillex and Diplo a gracious shoutout during his speech, recognizing their indisputable dominance over the EDM circuit during 2015 despite falling short of the category’s win. Luckily for them, however, they were soon brought on stage themselves besides their cohort Justin Bieber to accept the award for Dance Song of the Year. “Where Are Ü Now,” whether we like it or not, was easily the most popularized and played out track of the season, even going certified platinum in July of last year. The victory was therefore neither surprising nor undeserved, despite the hefty list of competing tracks in the category.

Other tracks in the running were David Guetta and Nicki Minaj’s “Hey Mama,” Major Lazer and DJ Snake’s “Lean On” with MØ, “Waves” by Mr. Probz, and DJ Snake and AlunaGeorge’s “You Know You Like It.”

We send our congratulations to Jack Ü for a truly whirlwind year, and we look forward to what else they’re able to concoct as 2016 continues.

The three best friends that anyone could have @justinbieber @diplo @bigsean pic.twitter.com/lh2yP4Er03