Dubbed as the “largest Electronic Dance Music event ever staged in the Pacific Northwest” in its initial 2012 run, Paradiso Festival has now emerged as a festival staple for those in and around Washington State.

Taking place over two days, from Friday June 24th to Saturday June 25th, Paradiso Festival 2016 boasts an impressively diverse lineup drawing from all across the board. Whether you’re a fan of trance, dubstep, big room house, or trap, (basically anything under the Sun), there’s something here for you.

From the house music spectrum, mainstage staples Jay Hardway and Hardwell will be on hand while Aly & Fila, Andrew Rayal, and Cosmic Gate will cater to trance fans. Paradiso also boasts an impressive bass music lineup with acts such as Bassnectar, 12th Planet, Datsik (and another appearance as his side project Ephwurd), Dillon Francis, Excision, RL Grime, The Chainsmokers and even a Caspa / Rusko B2B set. In fact, the bass lineup for Paradiso is honestly off the charts.

Paradiso is held annually at The Gorge Amphitheatre in Washington, one of the most breathtaking venues in the country.

Standard tickets are available for purchase here while a limited number of camping tickets can be purchased here. 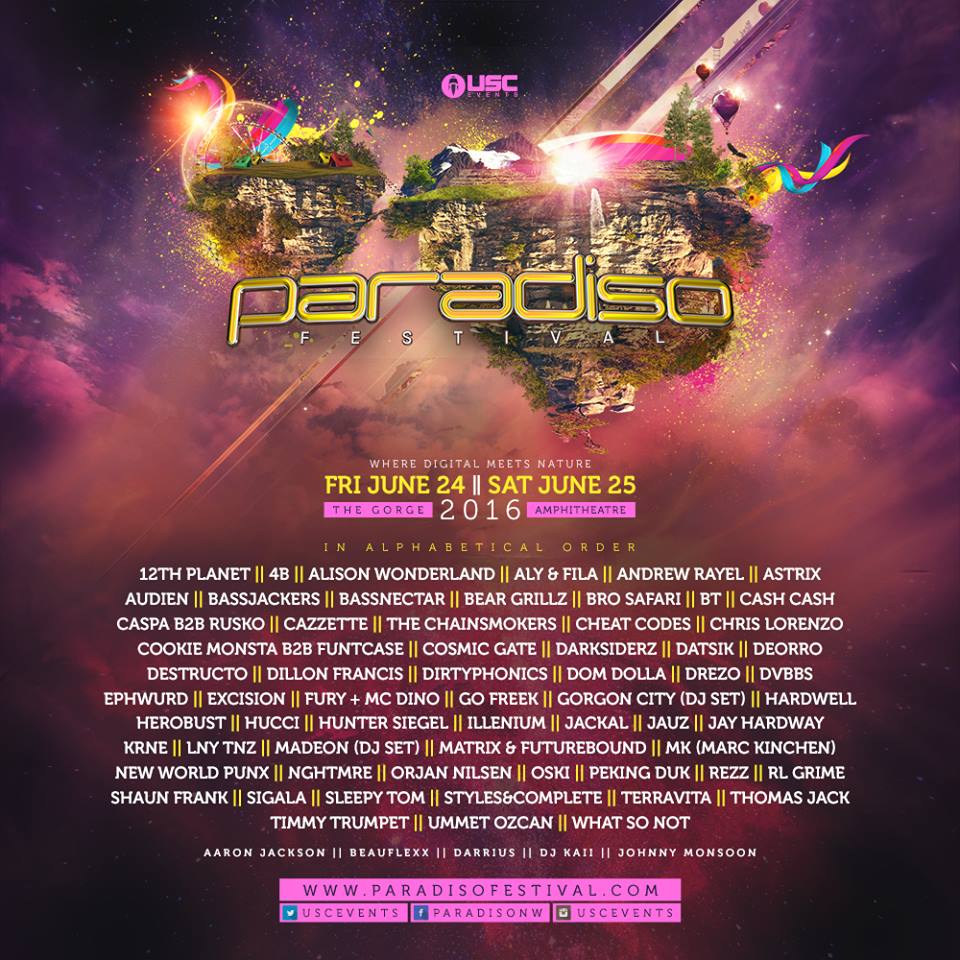 The Top 10 Sets To Catch During Coachella Weekend 2