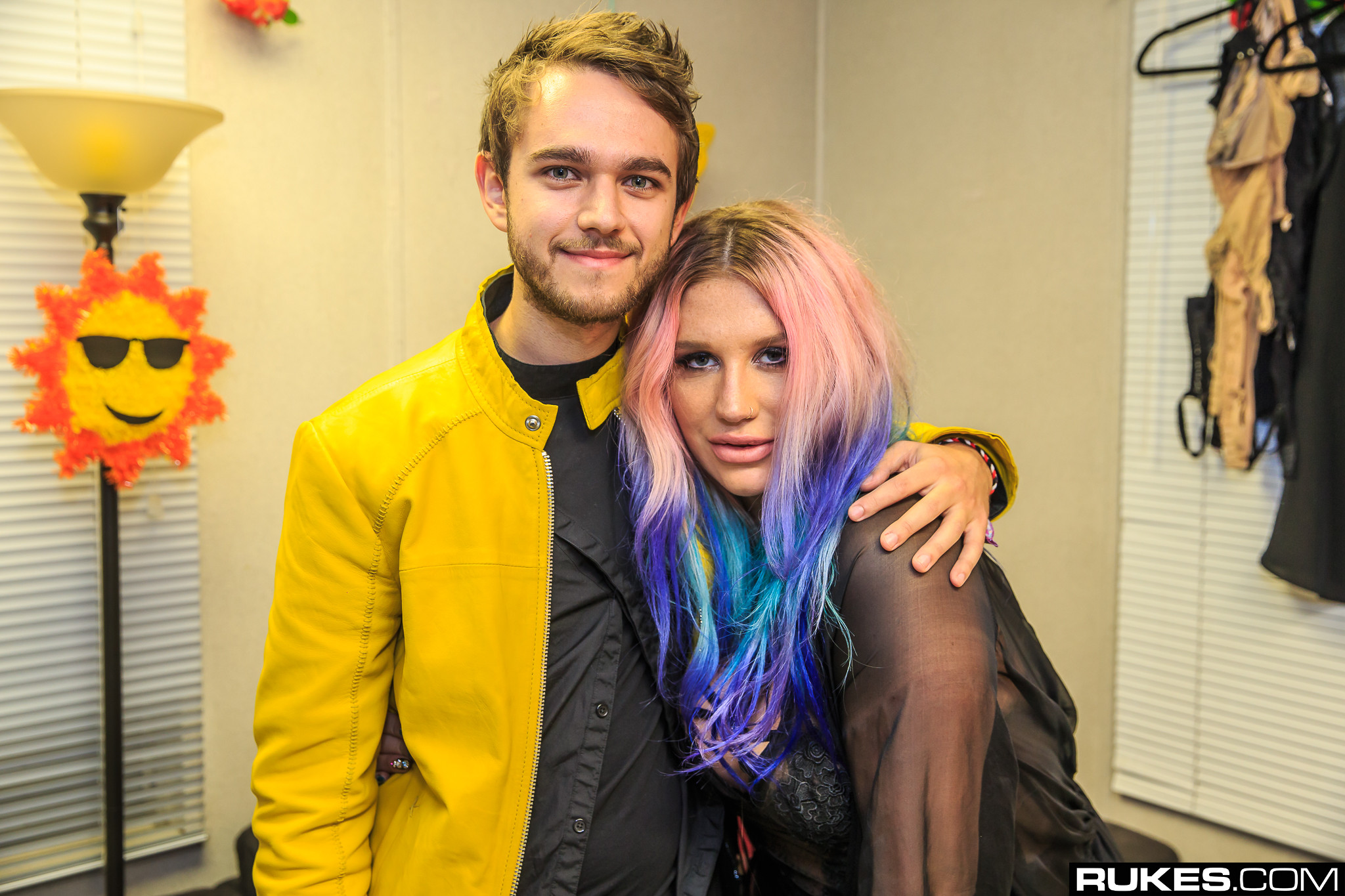 Zedd Is Most Definitely Making Music With Kesha

It seems that Zedd’s interest in Kesha goes far beyond just empty tweets and unanswered emails (metaphorically). After Zedd expressed that he wanted to help produce some music for the jilted singer/songwriter, she appeared during his Coachella set weekend 1 to perform his song “True Colors,” a fitting song with fitting lyrics for her situation.

And now, it seems the two are in the studio together working on new music.

While the face of the person on the right isn’t visible, the rainbow tresses are a pretty dead giveaway.

Whatever comes of this, you can probably bet it’s going to be bigger than Zedd’s collaboration with Selena Gomez.