With the absence of TomorrowWorld and CounterPoint in the southeast of the US, one festival has taken it upon itself to fill the void left behind by two major festivals. We’re talking, of course, about Imagine Music Festival.

After really making a name for itself last year, this year has shown new opportunities with bookings since two major music festivals in the region are taking the year off. The team at Imagine has not taken this opportunity lightly, and recently announced a stunning Phase 1 lineup featuring Nero, Dillon Francis, Gramatik, Zeds Dead and so many more incredible supporting acts.

The day has finally come, however, to announce IMF’s Phase 2 lineup, and it’s a doozy. Joining Phase 1 artists will be:

While the Phase 2 lineup is certainly enormous, we’re more interested in that DJ Hanzel tip – considering Dillon Francis is also headlining the festival, the inclusion of his deep house alter ego as a legitimate booking is notable. It’s also remarkable as this is Hanzel’s first festival appearance. So yeah, you don’t want to miss this.

“This is a monumental year for us, so we had to make sure the lineup was impactful and touched a diverse group of dance music fans,” says Iris Presents founders Glenn & Madeleine Goodhand. “Imagine fans expect us to deliver an exceptional experience, and we will not disappoint. We aim to provide every attendee an environment where beautiful memories will be made, that will last forever.”

Tickets are still available online at www.imaginefestival.com. Imagine Music Festival is an 18 and over event.

Watch the video below to see what you missed at IMF last year, or re-live it if you were there. 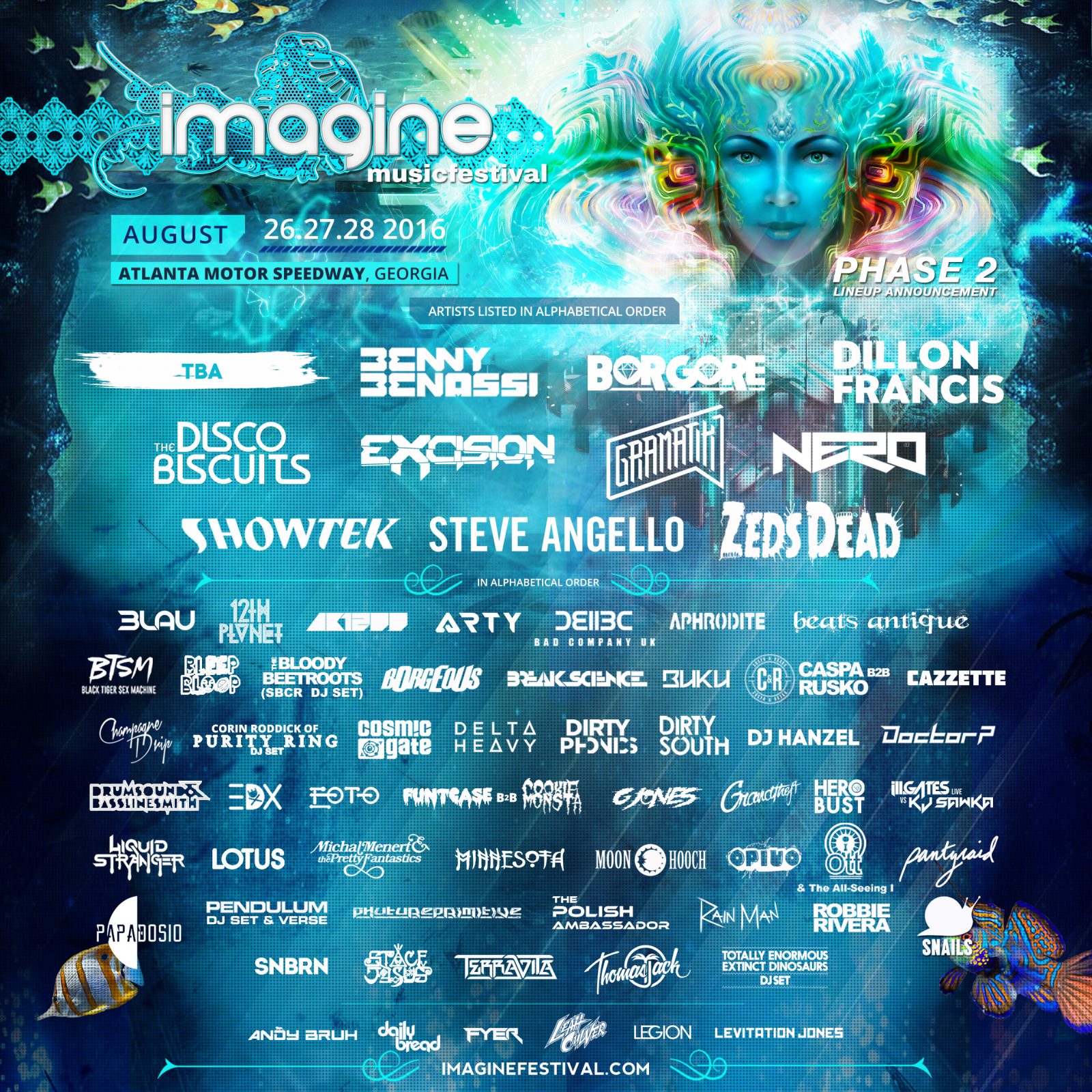