Headlined by The Chainsmokers and CHVRCHES, the festival lineup also features Metric, Cheat Codes, Daya, Hudson Mowake, and more and will take place over two days from September 20th to 24th in Pittsburgh, Pennsylvania.

In addition to just music, Thrival Music Festival will feature panel discussions on three main topics: Lost and Found, AuthentiCity, and The Ripple Effect “‘which will feature an interdisciplinary mix of speakers, demos, panel discussions, and workshops all directed at addressing pressing challenges and opportunities facing our modern society, and especially re-emerging cities like Pittsburgh.”

For Executive Producer Dan Law the performers are only one part of the festivities.

“Every year, we curate hundreds of thought leaders, speakers, and creatives from around the country to engage with thousands of attendees who are interested in cutting-edge technology and startups, the arts, new ideas — and pancake art.”

Check out the full lineup below. A two-day GA pass to the festival will set you back $60, grab them here while they still last! 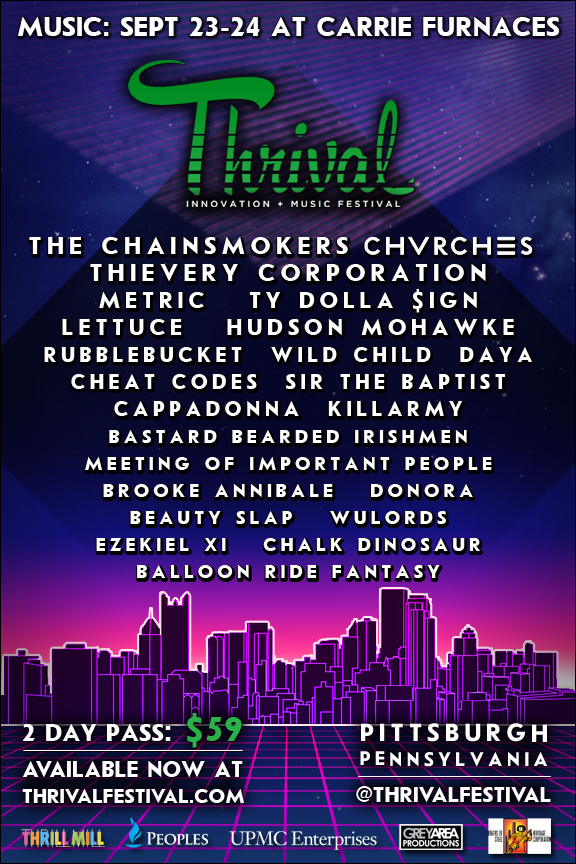