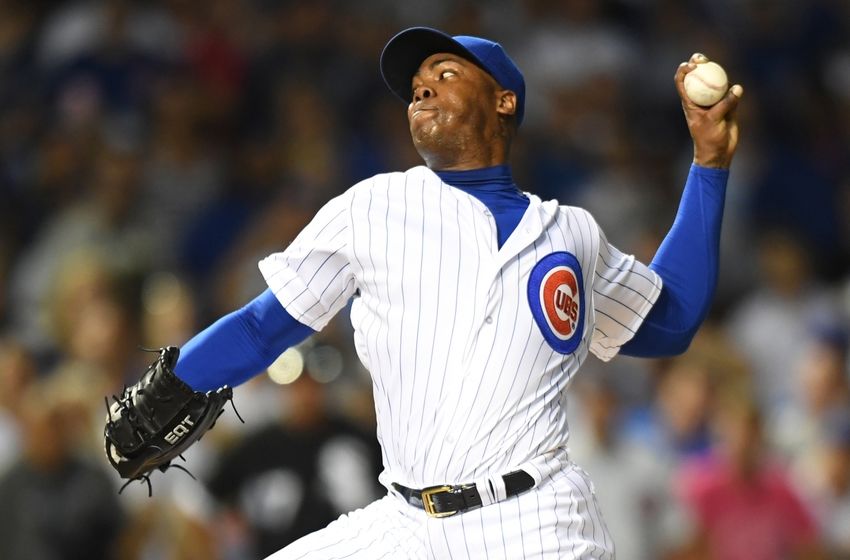 The Chicago Cubs fired one of their two Wrigley Field DJs this week after he played an inappropriate song following closing pitcher Aroldis Chapman‘s appearance during the Sunday night game.

The song in question was “Smack My Bitch Up” by The Prodigy, which contains the song title repeatedly within the lyrics. The DJ played a short clip of the track after Chapman left the mound during the top of the ninth inning to the horror of the organization.

Back in May, Chapman was suspended for 30 games following an alleged domestic violence incident in which he was accused of choking his girlfriend and firing eight bullets in his garage. Even though no charges were filed, the association of the lyrics with Chapman’s past was enough for the Cubs to swiftly fire the DJ.

“The selection of this track showed a lack of judgment and sensitivity to an important issue. We have terminated our relationship with the employee responsible for making the selection and will be implementing stronger controls to review and approve music before public broadcast during our games.” – Club President Crane Kenney

In 2013, the Cubs were also criticized by The Chicago Tribune for playing Lil Wayne’s “Love Me” during one of the team’s batting practice. The song was removed from the playlist, despite having its profanities removed, according to the players.