In 2012, Brittany Hickman sustained a concussion and broken neck after Steve Aoki jumped onto an inflatable raft over the crowd, right above her. Now, legal proceedings regarding Hickman’s lawsuit against the Hard Rock venue for $10.7 million in damages has come to an end.

After a two-week trial, the court jury decided 10-2 in favor of Hard Rock on Tuesday, dispelling the venue’s responsibility for Steve Aoki’s actions.

However, Steve Aoki reached a confidential settlement with Ms. Hickman outside of court, before the trial even began. Hard Rock’s legal team reminded jurors of this fact repeatedly, while continuing to direct blame at Aoki alone for his actions. 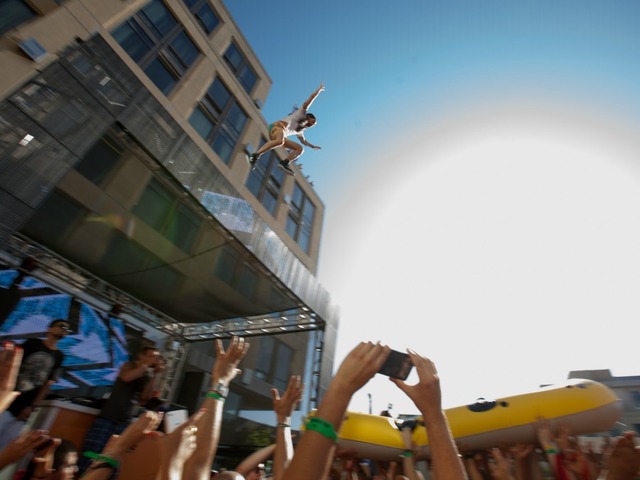 Hickman’s attorney, John Gomez, asked the court to place 10% responsibility on Steve Aoki, so we can assume the settlement hovered around the one million dollar mark.

Hickman’s legal team is considering an appeal, but they are happy with the resulting efforts of Aoki’s team to make future performances safer for guests.