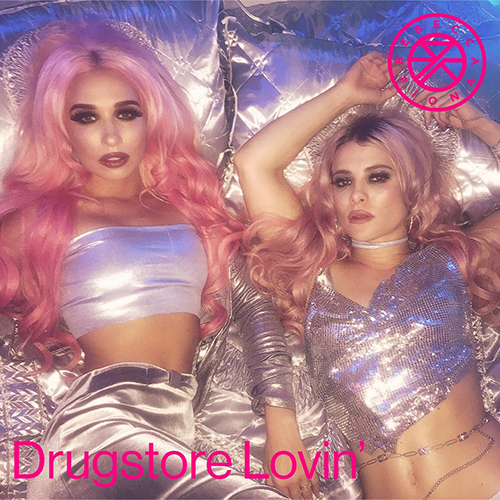 We hit up Sweden’s most distinctive electronic duo Rebecca & Fiona to discuss their latest release this week – the infectious ‘Drugstore Lovin’ is currently doing the rounds.

‘Drugstore Lovin’ has just landed – did it feel good getting back into production after a little break?

Fiona: The break has really just been us working lots and lots in the studio on new material and rehearsing for our live tour, but it felt really good to finally release something out of all the new stuff we have!

Where do you feel most comfortable as artists – performing or producing?

Rebecca: In our beds producing of course, but when we get restless and tired of that…
Fiona: We just want to perform and drink beer and have an awesome time! We are very comfortable on stage as well.

What are your thoughts on the current dance music scene?

Fiona: We are a bit more into the 90’s dance music scene, but there is a lot of great new stuff right now.
Rebecca: We definitely think that the scene is in a better place now than in 2013.

What’s your favourite part of your live set?

Fiona: Literally EVERYTHING!
Rebecca: Living on a Nightliner bus, having a band, a good laugh with all the other crew members, singing our souls out every night! I can’t scream and smoke as much when we party when we are touring being DJ’s, though.

What else do you have coming up release-wise in 2016?

Rebecca: We have so much great music waiting to be released.
Fiona: Which our most observant fans already know, because we have performed some of it already!

Highlights of the year so far?

Fiona: I guess the live tour is our biggest achievement, but we are really proud of the ‘Drugstore Lovin’ music video, so I’m gonna go with that.
Rebecca: Finally releasing a new single after what feels like a year in the studio is really awesome!

Finally, how would you like fans to describe you as an act?