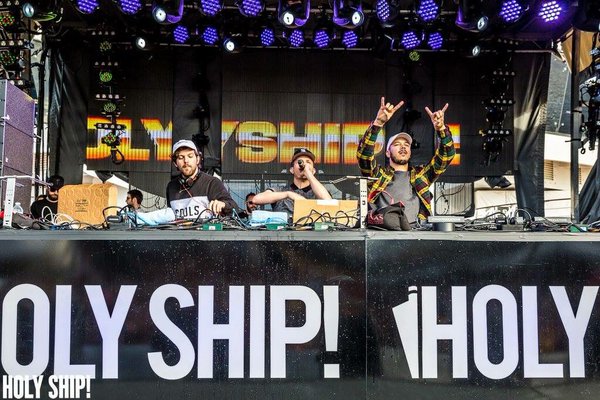 IDs are the plight of many EDM fans, but unreleased tracks from confirmed artists can be even more tantalizing. For months an unreleased collaboration between Dillon Francis and Flosstradamus has been teased from Francis, being played live at festivals such as Mad Decent Block Party but receiving no official release date or title. Francis has added to the intrigue of the unreleased track by playing it once again live, this time at the Breakaway Music Festival in Cleveland, Ohio.

One of the headliners of Breakaway along with Chance The Rapper, Rae Sremmurd, RL Grime and more, Francis played to a packed crowd at the festival, a perfect setting to test out his unreleased Flosstradamus collaboration once again. As expected, the track received great feedback as indicated by a fan video posted on Instagram, and the track sounds largely the same as it did when Francis played it at MDBP. While fans still await for more solid info on the collaboration, an upcoming co-headlining show between Francis and Flosstradamus under the Dillstradamus moniker in Los Angeles at least suggests the track will be played live once again. Fingers crossed for more news to follow.

Watch Dillon Francis perform his unreleased collaboration with Flosstradamus below: