Bumbershoot Is Gearing Up to Be Summer’s Most Insane Festival

by Landon Fleury
in Editorial, Events

It’s about to go down this Friday under the Space Needle. Since 1971, Bumbershoot has been Seattle’s prime music & arts festival, with each year delivering an even crazier lineup than the last. Although the festival’s 45th anniversary was absolutely insane, its 46th has a chance to be even better.

Bumbershoot isn’t generally considered an EDM festival, but One Reel has done a great job at picking out a solid DJ lineup this year, arguably more so than ever.

Kygo will be headlining Friday night, fresh off his stellar Rio 2016 Olympic performance last week. Though Kygo is the only true EDM headliner, the Norwegian superstar is definitely not alone. Pretty Lights, Zeds Dead, Marshmello, ZHU and Porter Robinson will also be hitting the big stage, along with a heap of other fairly well-known DJs like CRNKN and Cashmere Cat.

However, Bumbershoot’s EDM lineup is only scraping the surface of the festival’s full potential. Seattle natives Macklemore & Ryan Lewis will be hitting the stage Saturday night to perform songs from their immensely creative sophomore album This Unruly Mess I’ve Made, along with some obvious classics. A number of other rappers – such as G-Eazy, Fetty Wap and Logic – will be performing throughout the weekend. On the other hand, Sunday – Bumbershoot’s closing night – is loaded with promising rock outfits like Death Cab for Cutie, Billy Idol and Tame Impala.

More than anything, I’m looking forward to the city of Seattle collectively singing to The Chainsmokers & Halsey‘s #1 “Closer” during her set on Friday, which is going to be a sure-fire highlight. 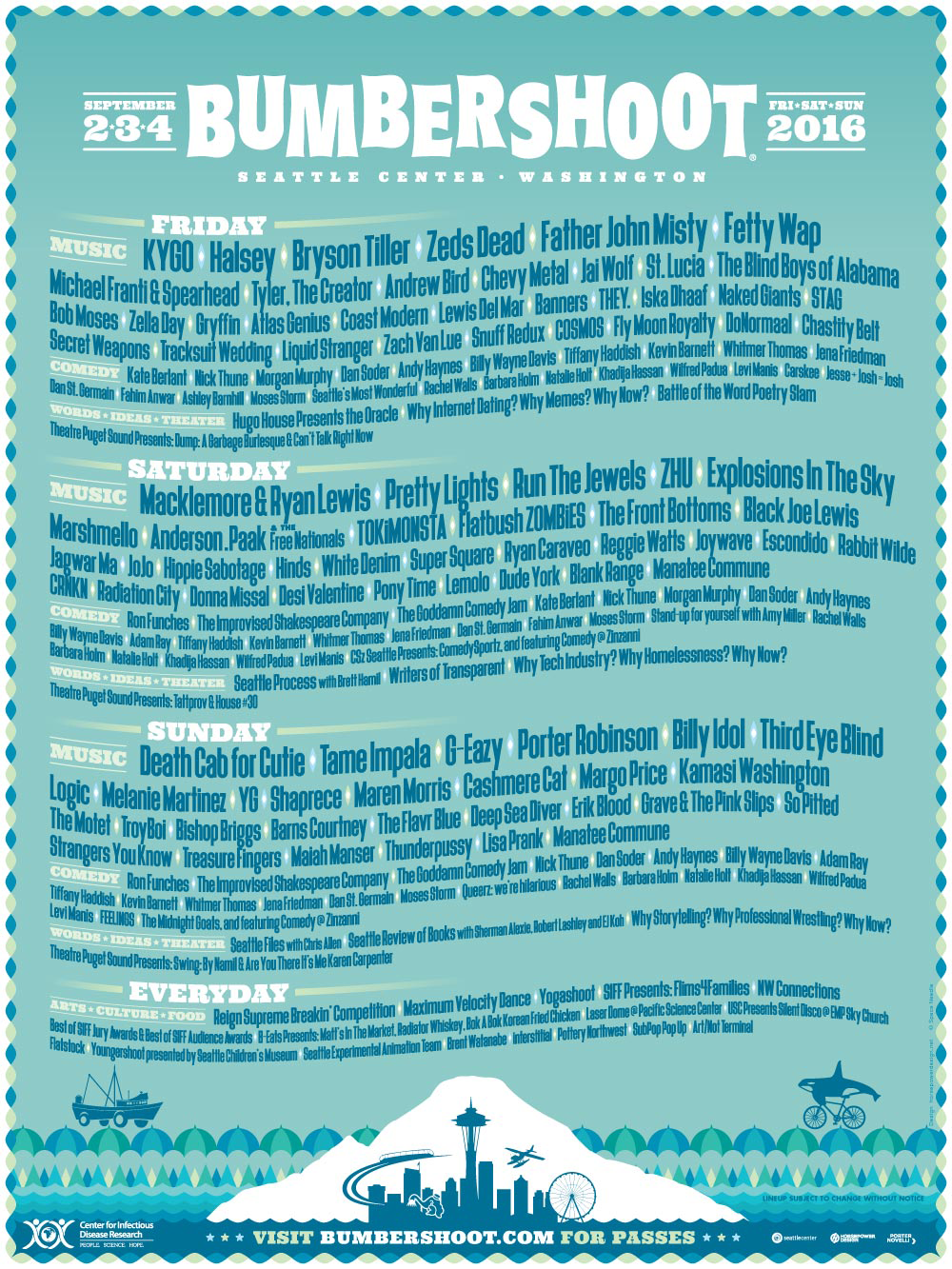