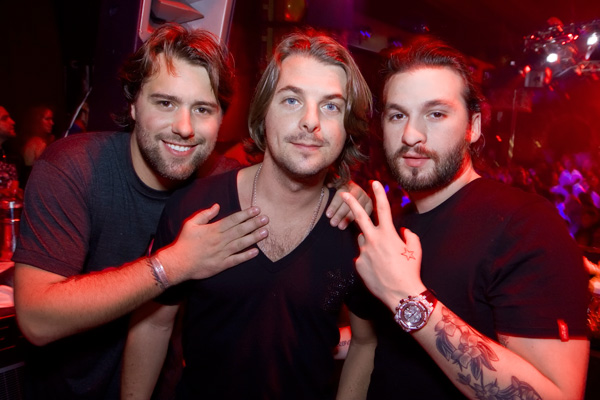 It was only a tiny bit less than a year ago that Axwell Λ Ingrosso left longtime manager and friend Amy Thompson to unofficially join PRMD Management under Avicii’s manager’s, Ash Pournari’s, tutelage. Since then, it has generally been business as usual for the Swedish duo, playing festivals and releasing new music, both collaboratively and on their own.

Now, thanks to some keen eyes from EDM Tunes, it seems that they’re back with Thompson almost a year to the day since they announced their parting. New promotional material for Axwell Λ Ingrosso is available on her Instagram, and she apparently “silently” added their names back into her Instagram bio.

Thompson is heavily credited in assisting with the rise to fame of Swedish House Mafia, the collaborative group of Axwell, Sebastian Ingrosso and Steve Angello. Now remember when a little over a month ago we reported that Proximity had teased the return of Swedish House Mafia? And now Axwell Λ Ingrosso are returning to the manager who helped helm the rise of one of the biggest dance acts in modern history? See where we’re going with this…

We reached out to Axwell Λ Ingrosso’s PR team who couldn’t comment on the matter, but we’re at least confident in our theory that Swedish House Mafia is returning next year. Though it is still strictly a theory at this point, and we’re being careful to not let ourselves get too carried away, we can’t help but make the connection between these two recent events.