With all the pressure on Imagine Music Festival taking the reins as Atlanta’s premier music festival, it would’ve been relatively excusable to witness a weekend pervaded by nitpicky flaws and naive mistakes. This was not the case with Imagine. In fact, in their first move to the enormous Atlanta Motor Speedway, promotional company IRIS Presents proved their undeniable dedication to an impeccable experience and, most importantly, the attendees. Although it seems like a given at this point, the most essential aspect of festivals nowadays is the accessibility to water. Not only did Imagine have eight water stations on-site – each comprised of 16 powerful taps – but there were water fountains spread all over the festival grounds, along with three misting stations, ten “shading structures,” and a 75-foot cooling pool. If that wasn’t enough, there were tens of volunteers walking around each stage, squirting cold water into our mouths in the interminable heat. There actually wasn’t one afternoon set throughout the entire weekend where I wasn’t offered free water by at least two volunteers. All in all, I have never seen such a diligent commitment to the safety of the fans. Yes, Imagine proved to have the most efficient caretaking of its attendees I have ever seen, but what about the music?

IRIS went all-out on the aesthetic experience as well, providing some of the most expensive speaker systems and lighting designs on the market. The sound production was actually the first thing that caught my eye – or ears – when I walked inside the speedway. Regardless of the loudness, which is pretty similar at every major festival these days, the production quality was noticeably more “clean” than most of the festivals I’ve attended. In other words, the bass wasn’t just thrust upon you callously, but neatly mixed under the mids and highs in all its euphoric glory. The lighting designs proved to be no less exultant, as the wide array of patterns and colors had roll-happy festival-goers staring in complete and utter awe. Each night was also capped off with a display of absolutely spectacular fireworks that would even make Pasquale Rotella jealous. 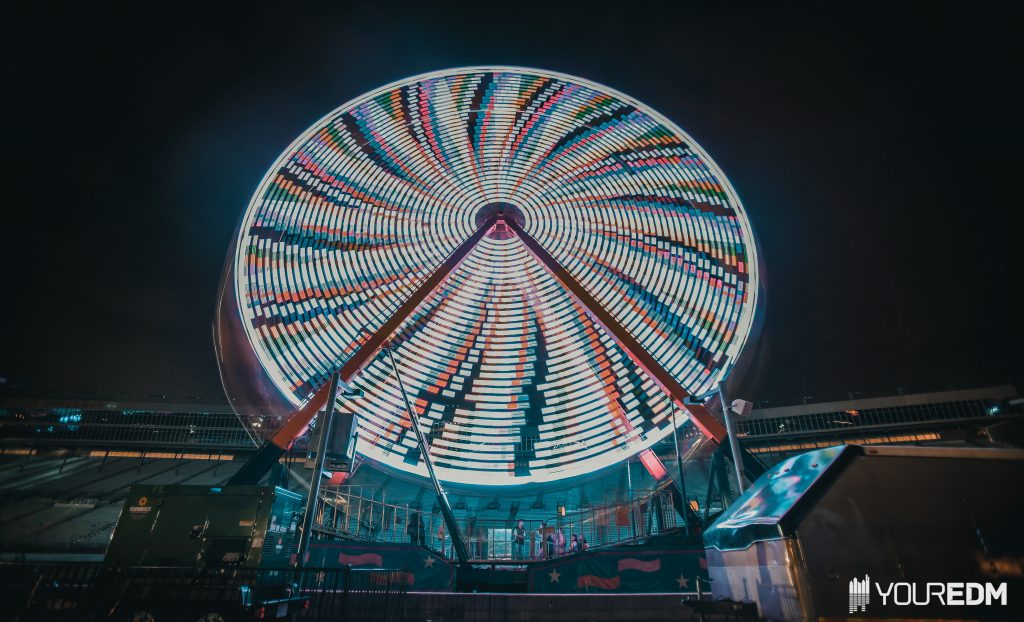 All of these breathtaking features would be insufficient without an impressive lineup, which, of course, was provided as well. The weekend featured massive headliners such as Excision, Dillon Francis, and Zeds Dead, along with the up-and-coming raw talent represented by the likes of G Jones, Space Jesus, and Sunday Service. Saturday night even boasted the first ever festival performance by none other than DJ Hanzel, which you can get a taste of here. Of course it’d be difficult to choose a favorite set of the weekend, but my top three would definitely include (in no particular order) Dillon Francis, G Jones, and Space Jesus. 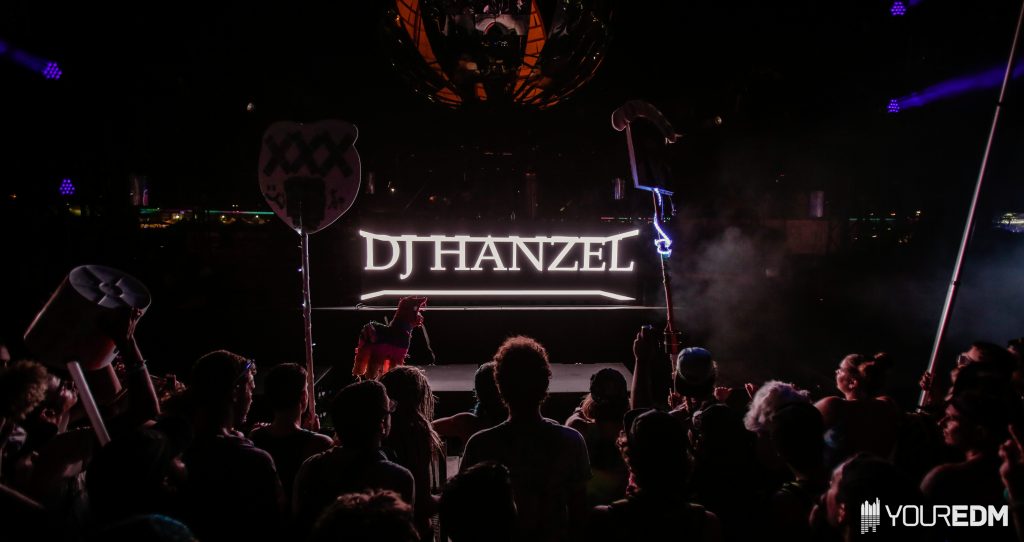 Dillon Francis went relatively old-school with his hour-long set – of which the conspiracy theorist in me thinks is due to my colleague’s recent interview – as he traced back to his early moombahton influences during the first 30 minutes, and dropped his early hits alongside massive trap and moombah classics. While he did end up playing all his marketable hits, including “Bruk Bruk” and “Get Low,” the variety of untamed bangers made me feel like I was at a 2013 Dillon show again.

G Jones absolutely blew my mind, as always, with his incessant display of distinctive sound design and colossal filth. My favorite part of his sets is that I can’t recognize the vast majority of tracks that aren’t his own. While he does announce the artists of each unreleased track he drops, a large portion of the songs sound like pure masterworks that are made three years in the future. It’s also worth noting that he gets to hear almost every “underground” track way before it’s released, perfectly exemplified by the unreleased Mr. Carmack and Salva collaboration that he dropped on Saturday. I’d post a YouTube video, but I enjoy a life free of copyright infringement strikes. 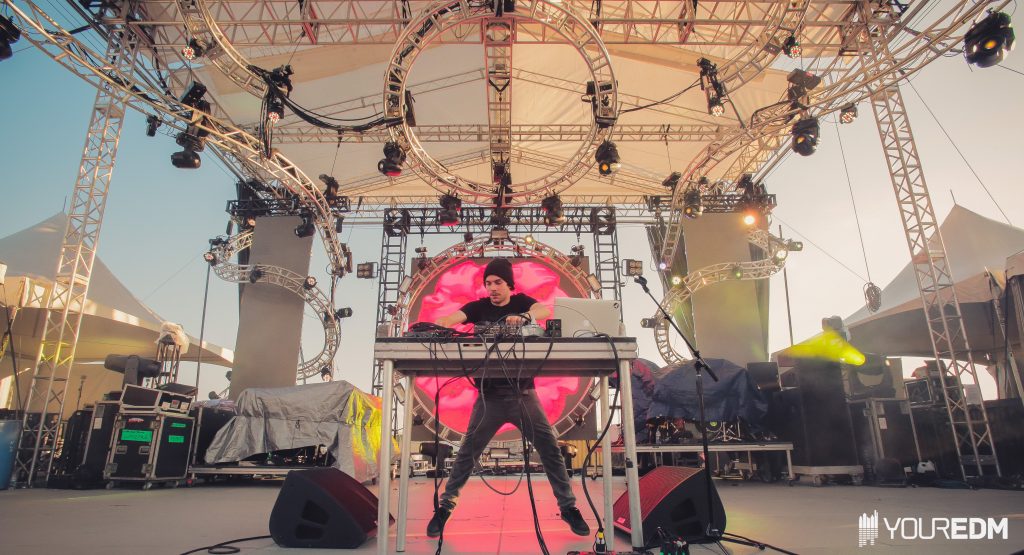 Space Jesus is another artist who’s extremely dedicated to individual expression – peep my extensive interview with him here to learn more – and this fully showed during his set on Sunday. His gargantuan performance featured a slew of his widely varying, stylistic orginals, alongside decimating tracks from several rising producers. He even reminded everyone to “Do their homework,” as he announced the names of a few producers of whom the mainstream population is generally unaware, showing that the responsibility to discover fresh beats is also ours.

It’s no surprise that IRIS Presents supports genuine talent over anything, as they’ve proven countless times in the past. This time, however, they’ve shown that they can overcome any unforeseen variable thrown their way with an irrefutable exhibition of responsibility and work ethic. I even heard from several sources that the mass-camping exodus took only thirty minutes, something that takes two or three hours at most festivals. This isn’t for a lack of attendees either, as the festival boasted over 20,000 people each day.

My hat goes off to you Imagine. I truly cannot wait to see what you guys bring in 2017. 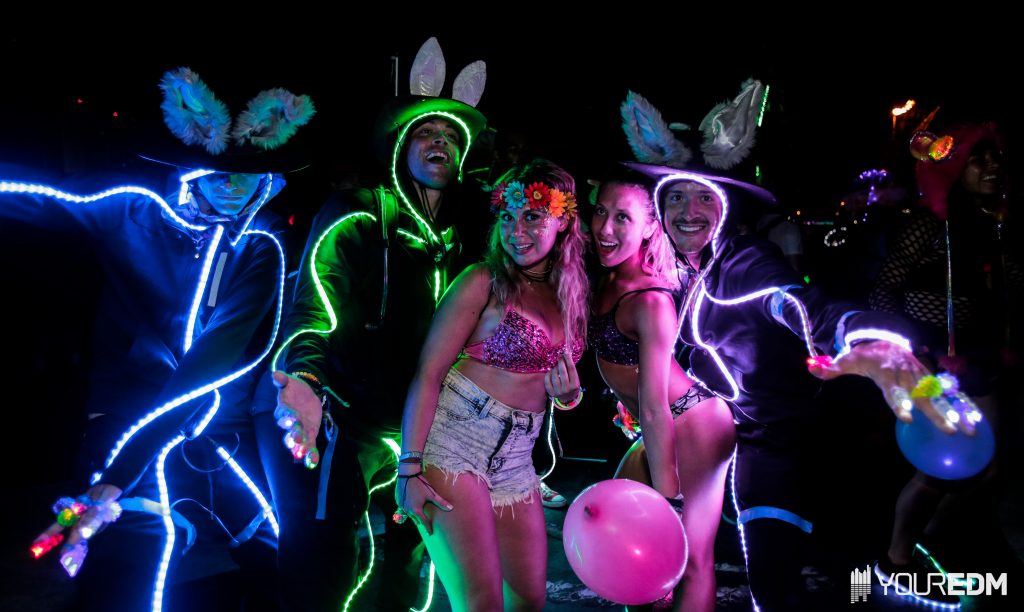 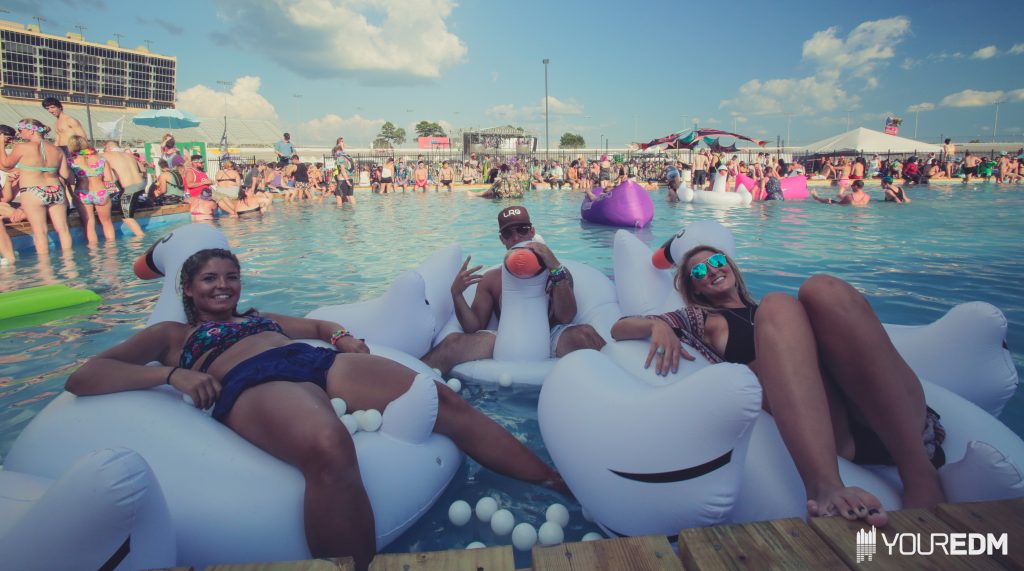 Groovefest Cancels Event With Little Notice & No Refund To Passengers