Actor Harry Belafonte will be hosting a two-day music festival at Chattahoochee Hills in Atlanta, Georgia in an effort to promote awareness towards racial and social injustice in the United States. Dubbed Many Rivers to Cross, the event is hosted by Belafonte’s social justice organization Sankofa.org and will take place on the former site of SFX-owned festival TomorrowWorld.

After the festival’s disastrous 2015 installment, where many attendees were forced to pay hundreds of dollars for transportation or sleep on the side of the road, the organization decided to take a year to regroup and rearrange. In the meantime, Belfonte’s event is set to feature performances from the likes of Carlos Santana, Dave Matthews, Common, Macklemore and many more.

To purchase your tickets to the festival, visit its official website here. 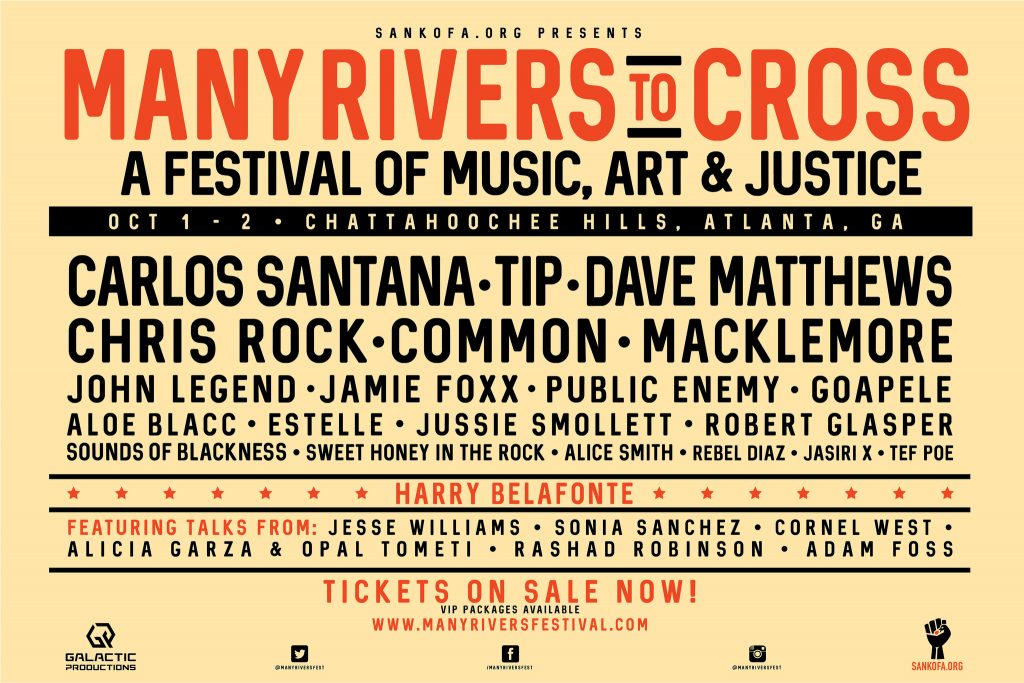