Could The Weeknd Have Another Daft Punk Collaboration On The Way?

Before we broke the news that The Weeknd & Daft Punk were collaborating, The Weeknd had already posted a picture of two Daft Punk figurines sitting atop a speaker on his Instagram. Since the release of “Starboy,” we’ve seen countless rumors of their return to touring – though none of them have been credible enough to be definitive. But what if they still had some more productions on the way?

Daft Punk produced four songs on Kanye West’s Yeezus album in 2013. Who’s to say they’ve only produced one for The Weeknd? A new post on Instagram with a single Daft Punk figurine has us and fans questioning whether “Starboy” is the only track we’ll get from them on The Weeknd’s new album.

Now, this of course isn’t definitive proof of anything. But it’s not like an artist of The Weeknd’s calibre to do something like this without reason, especially considering the last time he posted a picture of the figurines on Instagram, it was followed up with a collab.

Take a look at the last time he posted the figures on social media below. 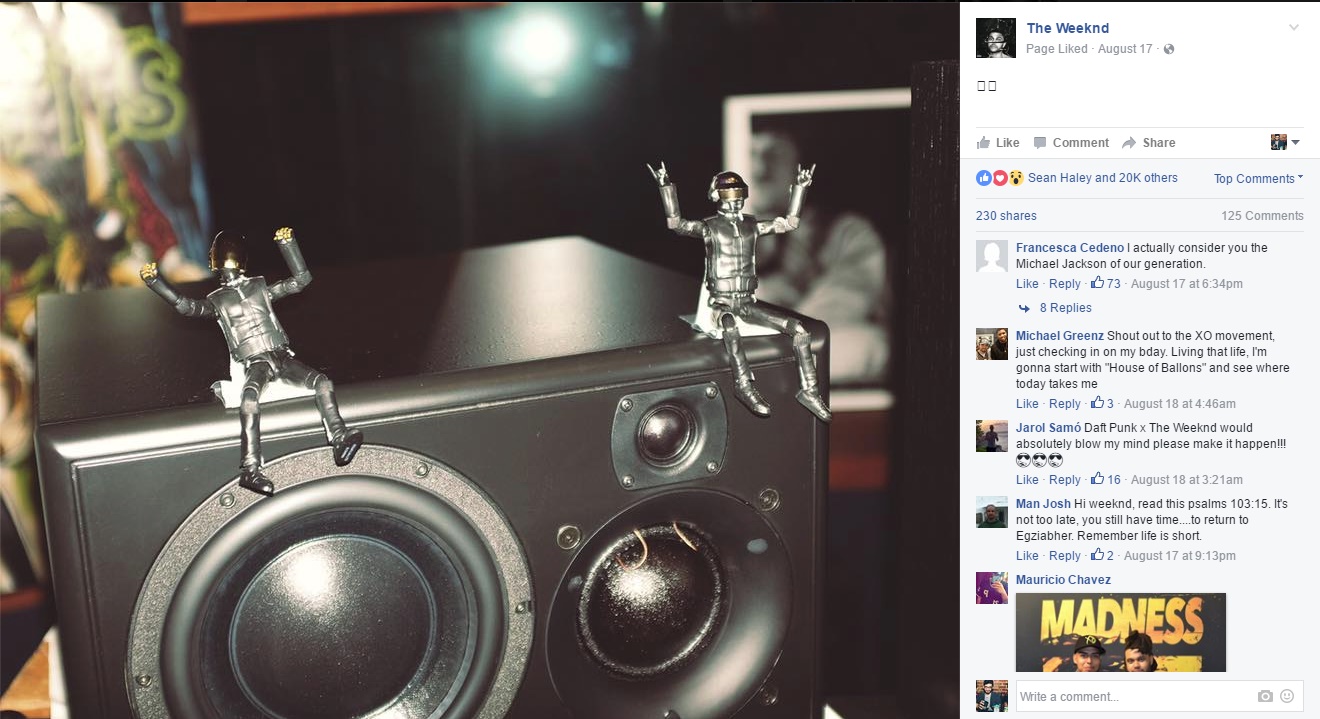