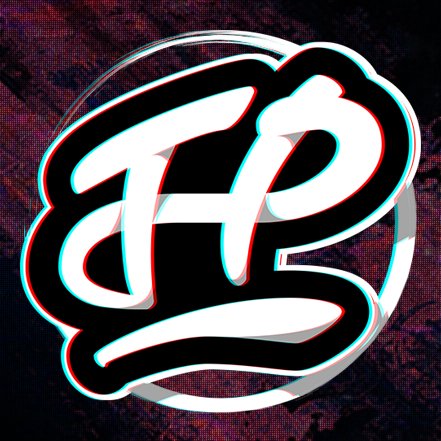 Your EDM Exclusive: Founder of Trap Party On How To Grow An Audience & The Youtube Circuit

The meteoric rise of digitization in the music industry created a diverse range of music soapboxes. YouTube has been an instrumental platform, allowing artists to post their music and gain millions of views. Soundcloud has a similar effect, allowing users to repost and like songs that they enjoyed, conveniently placed on their profile for others to view. With the popularity of Soundcloud and YouTube as means for getting access to music, both of them developed a unique new way for music curators to share music they loved. This gave birth to channels like Trap Party.

Recently, I had a chat with the founder of Trap Party to see what his motivation and purpose was behind the beginnings of the now wildly popular music exposing platform.

Since I was 13-14 years old, I remember I used to listen to music non stop, on my way to school, during school break and on my way home. Always been a big fan of electronic music and nobody was able to change my mind, always loved the big bassy songs that at the end left me thinking “what did i just listen to?”

When did you start Trap Party? And what platform did you use to start it?

I started Trap Party on March 25th 2013. Trap Party’s name first appeared on YouTube; that’s where I established the name. Funny thing is, for over 2 months I was debating if I should open a music channel or not but never had the motivation to do so, until one day I decided to skip school and work on my future channel name and design.

Why did you want to start Trap Party?

Before opening my own channel I was subscribed to other Trap channels on YouTube and I loved what they we’re uploading. In the meantime I found out about a website called “SoundCloud”, so I went on it and searched for more Trap songs and found way way more songs. So I decided to open my own channel and upload what I thought is worth a listen, what I thought were amazing Trap songs that the YouTube community has to hear! That’s the main thing that made me open my own channel and upload my taste of trap music. Took me a while to come up with a name but at the end of the day I decided to stick with “Trap Party” as Trap music is mainly dancing music, and that’s what people at the clubs will like to listen to, so I thought I had a perfect name in my opinion.

At what point did you know you were on your way to success with Trap Party?

I would say after I reached my first 20-30K Subscribers and got in touch with other YouTube channels that were the same size or bigger than me. Thats when I knew I was on the right path and to not stop.

On the site, it says you’re a group of promoters. Do you guys help DJs get booked as well?

As of right now we are working on bringing Trap artists/DJs to Toronto as that’s where we are established. We would love to bring some well known and underground artists here to play a few shows. We are working our way up, it just takes time to prepare everything and have a perfect plan.

What steps did you take to grow your SoundCloud network? YouTube Network?

The main steps on growing a YouTube channel I would say are; be consistent with your content uploads, give your followers/subscribers a schedule idea when you are going to upload, every few days or everyday or once a week, so they will know when to come back and check for new content. Same thing works with SoundCloud, be consistent with your releases but don’t overuse your page.

What are some of the most important lessons you’ve learned growing your network?

Teamwork. Best way to grow and succeed I would say is teamwork. Always share opinions and content with your friends/other music channel because at the end of the day they will do the same for you.

How do you feel about your competitors like Tribal Trap and Trap Nation? Do you think there’s room for all three of you to thrive?

Actually, when I started my YouTube channel, that’s when I found out about Trap Nation, Tribal Trap (at that time he had a channel called Th4WhiteKnife) and Super Beats. We all found out about each other and decided to create a Skype group chat where we used to chat everyday about Trap music and what to upload and when to upload, as we all were new to the music industry and had a lot of competition and a long long way to go! But we never gave up, we worked as a team for a long period of time until we all got to a good size, I would say when we reached around 200K Subscribers that’s when we all got busy with our own channels, we still chat every few days on Facebook. So I can say that I’ve known those channels since day 1 and I’m happy for their success, I’m happy to see my friends succeed and work their way up to their dreams! That’s what a real friend should do!

SoundCloud has been changing a lot recently. Has it effected Trap Party at all?

SoundCloud changed a lot in the past year I would say, but it hasn’t really affected Trap Party as I mainly focus on my YouTube channel and at the same time I try to do at least a release a month on SoundCloud, so I’m trying my best to keep both of my pages active as much as I can.

Do you think SoundCloud is still the best way to release music? If so, why? If not, why not?

The best way to promote yourself with low budget I would say; Yes, SoundCloud is the way to go as it cost you nothing to create an account and release your music there and hope that it will get big one day. But, YouTube is a really good way to go, too. YouTube has a mixed community so it’s harder to grow, whereas the SoundCloud community it’s all about music and nothing else.

Who are some of your favorite artists right now?

What else do you do besides manage Trap Party?

Besides Trap Party, I run a Selection page called “Swisted Selections” and a collective page called “Elemeno Collective” with a good friend of mine “PhatCap!”

Do you manage any artists yourself?

I do not manage anyone right now, but I’m planning in the near future to take care of few artists and try my best to make them succeed and make their dreams come true.

Do you have any advice to up and coming producers on how they can get more exposure?

I would say never give up on your dreams, no matter what others say or think, do what you love to do. Try to work with other artists as the best way to grow is working as a team with other artists. Make sure to submit your tracks to channels and blogs and hopefully they will upload your content on their channel, which at the end will bring you more traffic and fans! Key to a successful submission is the organization of your email. Make it look professional, don’t just add your SoundCloud link and send it, try to introduce yourself first with a short bio about who you are and what got you into the music industry, what exactly are you submitting and what genre is it, what would you like us to do with that track, what’s the release date unless its already released, and links to your social media. The more information you add, higher chance you have that they will check your submission and hopefully approve it and take care of it from there.

What are some future plans for Trap Party?

As of right now Trap Party is almost at 600,000 subscribers, so my goal for now is to reach the 1.000.000 subscribers, as that has been my dream since I opened my channel. But at the same time I am trying to establish my name locally in Toronto by working on some events and other stuff that I can not really talk about, it’s all about time and you guys will be the first ones to be notified.

Check out Trap Party’s YouTube channel and Soundcloud channel to hear the latest and greatest trap music. Thank you to Trap Party for sitting down and answering these questions!