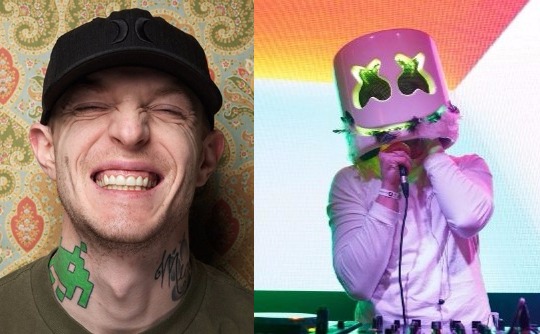 Deadmau5 Responds To His “Cameo” In Marshmello’s Newest Music Video

If you caught the music video for Marshmello’s latest track, “Ritual” with Wrabel, then you undoubtedly saw how he roped in a sad deadmau5 into the party and got him dancing and moving. In the not-so-veiled shade thrown at deadmau5, who in the past has called out Marshmello for a variety of things, it was essentially to say, “Hey look, you can like my music too if you give it a chance.”

difference is, I've never felt i should parody a bucket in my video to cover up whatever insecurity I have with sub-par trap production.

You'd figure someone "on that level" as it were, would be less reliant on someone else for the highlight reel. Guess not.