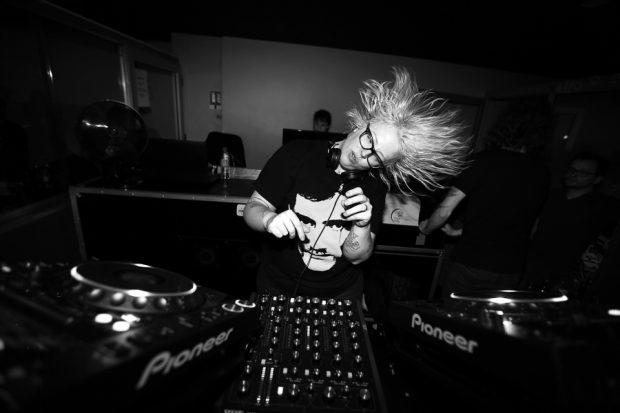 The Black Madonna Speaks Out Against Donald Trump in Heartbreaking Editorial

As a bisexual woman who was both an organizer and resident DJ for the legendary, LGBT-friendly Chicago club Smartbar, The Black Madonna knows what it means to embrace the tolerant and welcoming roots of dance music. She’s been catapulted to international fame in the past few years, but The Black Madonna continues to champion the message of peace and love for all humans, no matter skin color, ethnicity nor sexual orientation, in both her music and her rhetoric.

It comes as no surprise, then, that she’s written a heartbreaking editorial against U.S. President-Elect Donald Trump in an editorial for the website for British arts magazine Dazed. In her editorial, The Black Madonna explains her background of growing up poor in Kentucky and being bullied for not fitting into a traditional gender role. She describes watching her friends being forced into gay conversion therapy, her mother being unable to come out as a lesbian and her grandparents fearing white supremacists.

She connects her past directly to the present, expressing fear for all minorities, undocumented Americans and LGBT individuals living under the new Trump presidency. Like many of her dance music contemporaries, she fears for policy and social decisions to be made under Trump’s presidency, but vows that Trump “will not stop us” and “will not win,” ultimately “because we are what makes America great and we shall not be moved.”

“You hear this, Mr. Trump. You have messed with the wrong people. We have suffered indignities that you cannot fathom as a rich white man. And we have fought our way out. We are never ever going back. And if I can live through those years of hell, where it was me and my mom against the world, and still win and rise to the level of excellence that God granted me in spite of everything, then I will live through you or fight you to the bitter end.” – The Black Madonna