As if we haven’t heard enough about the election, a new study is supporting the theory that the music used in political campaigns can tangentially affect the voting habits of the public. The study was led by Stan Renard, Music Marketing Coordinator at the University of Texas at San Antonio, to determine music’s effect on campaigns as a whole, while mobile developer Smule used 100 million user-generated data points to construct a prediction model with individual preferences.

According to Renard’s study, campaigns using music from more recent decades will receive a larger percentage of the popular vote. 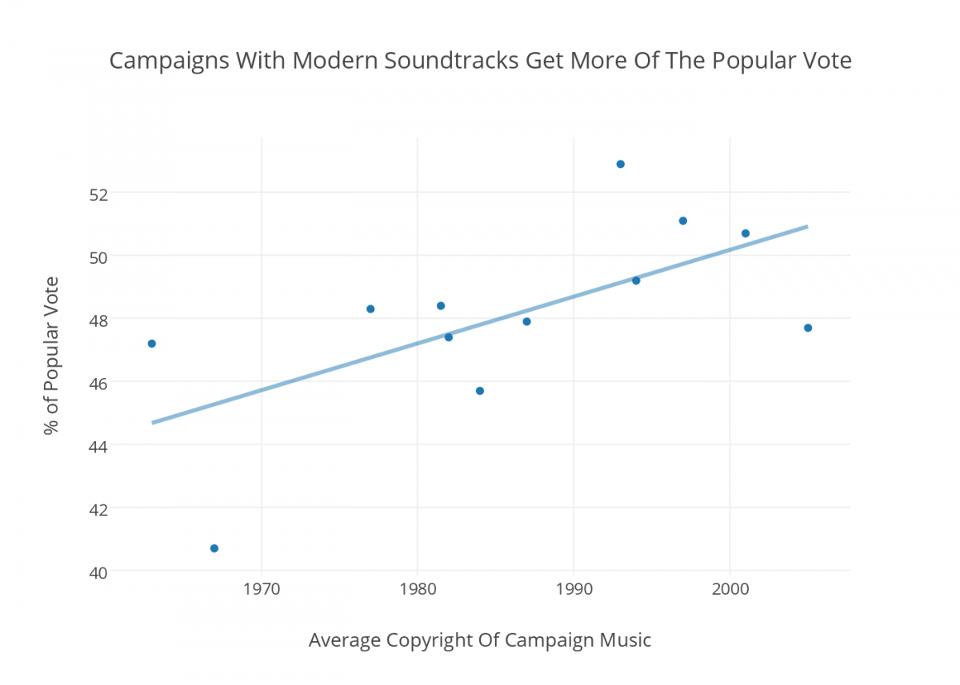 However, the recent rise in popularity of 80’s and 90’s music was thought to give Clinton an edge in swing states, which was estimated to secure the presidency with an estimated 276 electoral votes. Clearly that was not the case, though Clinton did win the popular vote, as predicted by Renard’s study.

But it’s not just about trying to scientifically examine what happened this election cycle. Smule and Renard think that these studies will help understand cultural divisions and the shaping of state and party lines.

“This is art. This is us trying to use science to understand art, using data to understand how and why people engage with music.”

Listen To Kyroman’s New Track With Shaq, Lexoskeleton and Stix, “Hall Of Fame”