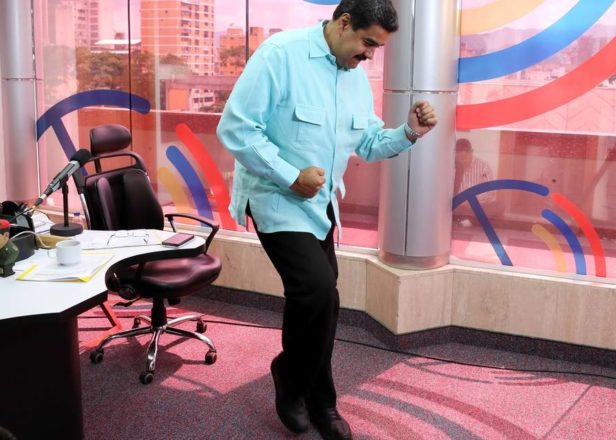 In the wake of his country’s severe state of decline and his own attempts to abuse his power, Venezuelan President Nicolás Maduro has directed his attention to an even more confounding source: DJing. As an avid fan of salsa music, Maduro announced this week that he would be hosting a new daily radio show on Tuesday and Thursdays called The Salsa Hour. This decision has been met with widespread criticism and scorn, as it comes during the country’s frightening shortages of medicine and food, as well as the suspension of attempts to oust Maduro from his office.

The four-hour radio show is said to feature samba music, political discourse and the reading of supportive messages. During one of the programs, Nicaraguan President Daniel Ortega called in and was congratulated by Maduro on his recently won election; one that was described by election opponents as rigged.

As one commenter on the show’s Facebook live page wrote, “This is like the orchestra on the Titanic.”

As Venezuela’s humanitarian crisis continues, and Maduro inches closer to a complete dictatorial hold over its people, it is safe to say that his new DJing gig will soon become the least of his concerns.