Before Groove Cruise Cabo even left port this past October, the Miami voyage was already being revealed with a stellar Phase 1 lineup. Featuring headliners like Andrew Rayel, Cosmic Gate, Dash Berlin, Markus Schulz, the voyage was already shaping up to be an incredible one.

Now, the Phase 2 lineup has been revealed with even more big names. Goldfish will make their return after two breathtaking performances a couple months ago, and they’ll be joined by the likes of Bad Boy Bill, Damaged Goods, Donald Glaude, Plastik Funk and more.

As always, residents DSK CHK, Scotty Boy, Dean Mason and more will be along for the ride. 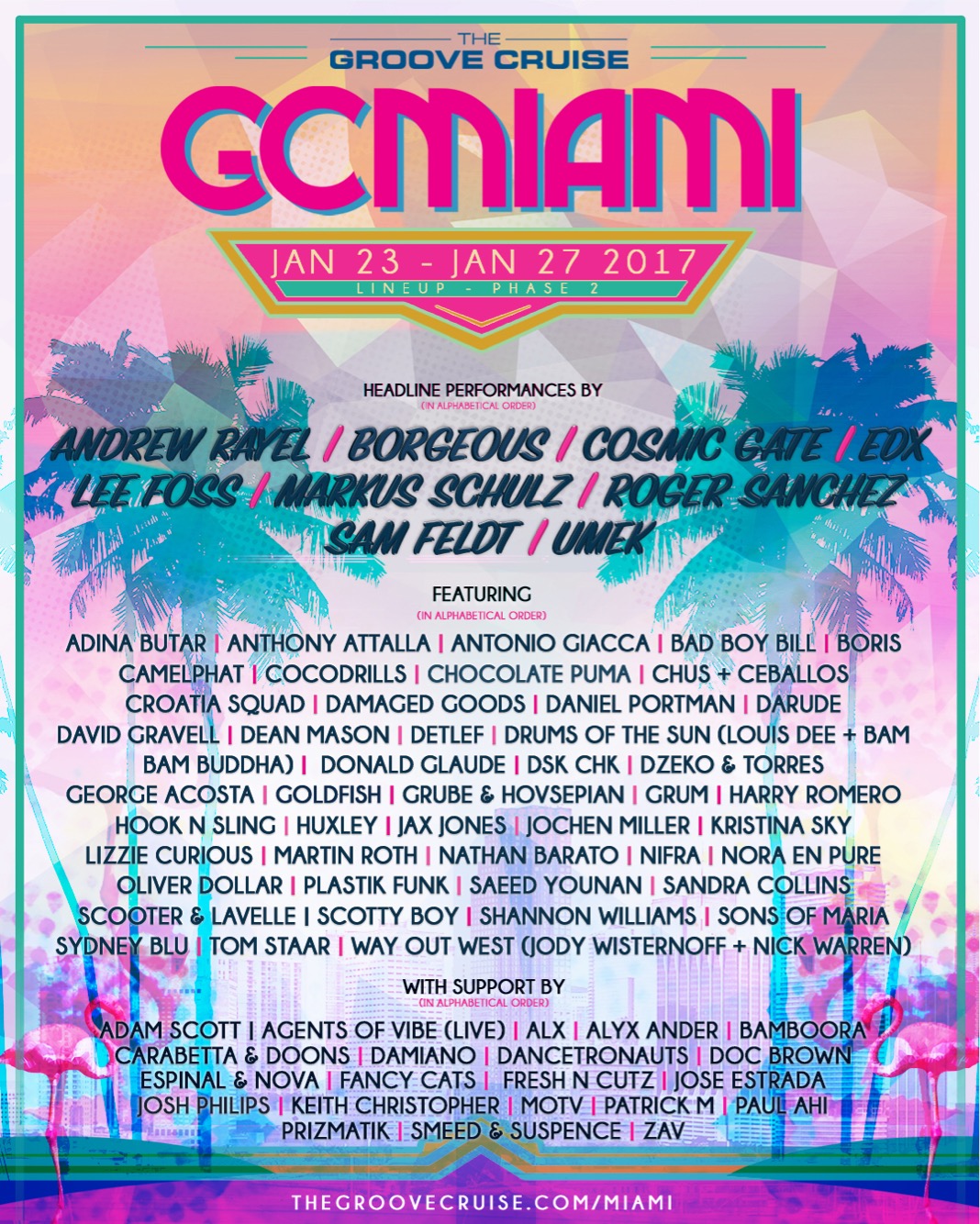