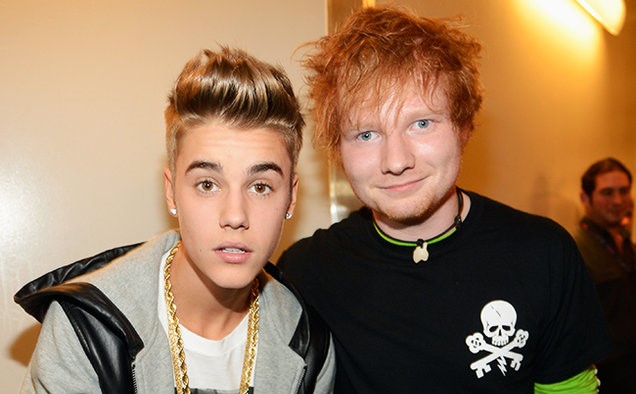 Yep, you just read that headline correctly. In the latest case of “Not the Onion” news, Ed Sheeran revealed in a candid Billboard interview that the history behind him writing the hit Major Lazer, Justin Bieber and MØ collaboration “Cold Water” is a bit cloudier than we expected.

Sheeran detailed in the interview that he vaguely recalls writing what eventually became “Cold Water” with co-writer Benny Blanco during a period of busy songwriting. When Diplo reached out to Sheeran requesting the song, Sheeran didn’t respond because he “no idea what [he was] talking about.” When Diplo sent a follow-up email asking him for the song again and mentioning that Justin Bieber wanted to join, Sheeran still ignored him because he still did not know what Diplo was talking about. When the song became a hit and topped the UK Singles Chart, Sheeran suddenly remembered writing the song.

“Cold Water’ was a weird one because I didn’t even know that song existed,” he explained. “It was a song I must’ve half-written somewhere at a time where I was writing a lot of songs and I did it at Benny Blanco’s house and then I got an email from Diplo just being like, ‘Yo! That ‘Cold Water’ song is dope! Can I have it?’ And I was like, ‘I have no idea what you’re talking about,’ so I just didn’t reply. And then he emailed and was like, “Yo, Justin [Bieber] wants to hop on the ‘Cold Water’ song. Is that cool?’ And I’m just like, ‘What are you talking about?’… And then the song came out and it was number one and I was like ‘Oh, that song!’ I remember doing it, but it was really, really slow. I remember hearing it and being like ‘That kind of sounds like me. Oh wait, it was me.”