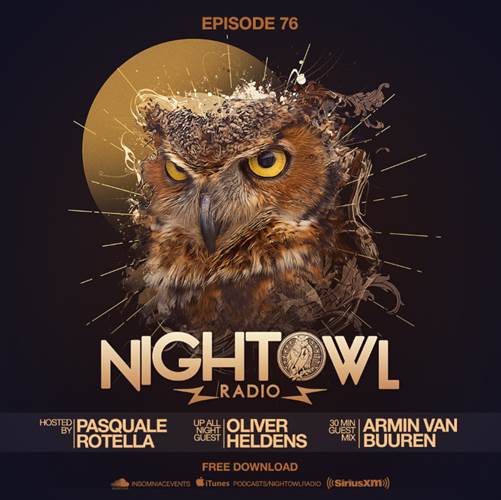 Pasquale Rotella’s Night Owl Radio is a show that you can always count on for having some of the top guests in dance music, taking over the mixers for regularly scheduled guests mixes. Last Friday, the Insomniac founder featured two incredible dance music members from opposite sides of the spectrum: Oliver Heldens and Armin van Buuren. The two t0ok over the ‘Up All Night’ and guest mix halves of the show, respectively.

Both artists are scheduled to play major LA shows in February, so the timing makes perfect sense. Oliver Heldens will stop by the Hollywood Palladium on the 18th while Armin took over The Forum in LA on Saturday night. This feature could also be a hint at these two joining the EDC 2017 lineup.

First up, Oliver used his 10 minutes ‘Up All Night’ segment wisely, dropping KAYTRANADA, HI-LO, and one of his one mashups as his three tracks to represent his ‘dusk till dawn’ selection. Following that, Armin delivered 40 minutes of pure trance with plenty of his own tracks, collaborations, and remixes.

Stream it all below and check out the tracklist here.