At some point today, all of Kygo’s posts on his Instagram have been deleted.

1.3 million followers are left wondering why he’s scrubbed his account of content, and many more are asking what’s next. We’ve recently seen a stunt like this before when The Weeknd began teasing his latest album Starboy, so perhaps the reason behind Kygo is something similar.

Whatever the reason, something like this isn’t done without intense forethought and a massive plan. So at the very least, we can expect a lot of surprises from Kygo this year. On the heels of Selena Gomez collab news & teasers, and with a Charlie Puth and U2 collab in the barrel, Kygo’s 2017 could be monumental indeed. 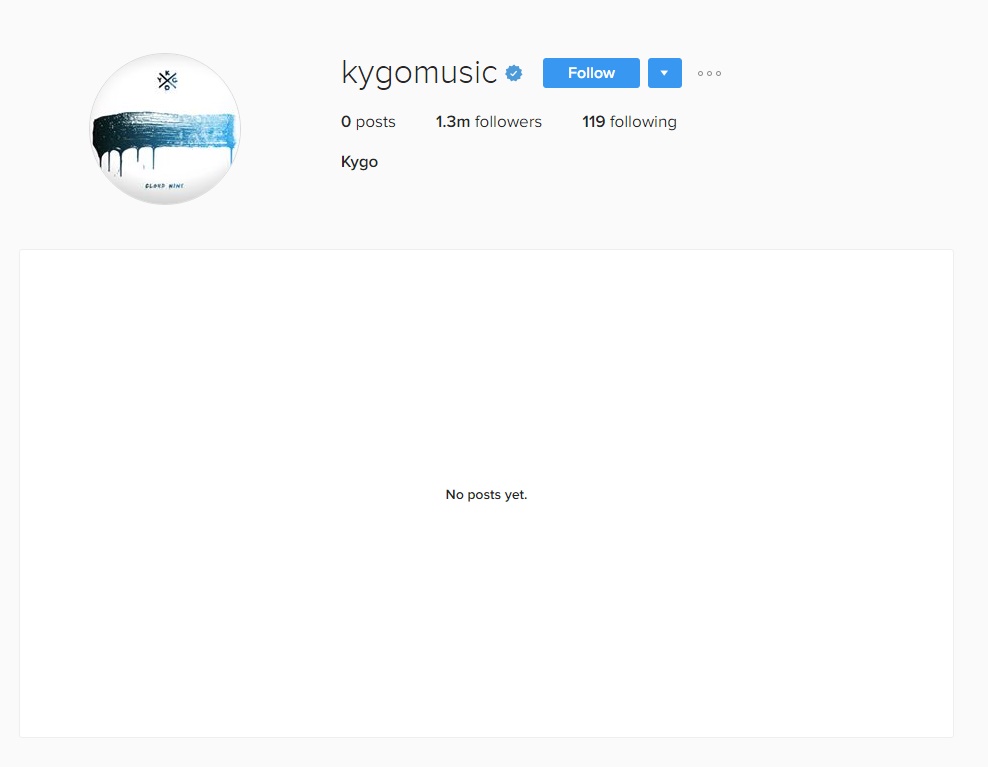 Check Out The Year’s Best In Bass Music On Uprise Essential Singles Vol. 2

Ariana Grande – Side To Side (Slushii Remix)

Ariana Grande - Side To Side (Slushii Remix)