Ever lost your wallet at a concert, or been walking between stages at a music festival only to realize your wallet is gone? Yeah, we’ve been there, and it’s a sure way to ruin the weekend. Visa wants to change all that with payWave technology.

What if your credit card took the shape of sunglasses that both protected your eyes and stayed on your face so you could leave that wallet at home? That’s the idea behind Visa WaveShades, their new sunglasses loaded with credit card technology. Visa premiered the new gear at Australia’s Laneway Festival, where the glasses were met with plenty of confusion-turned-excitement. 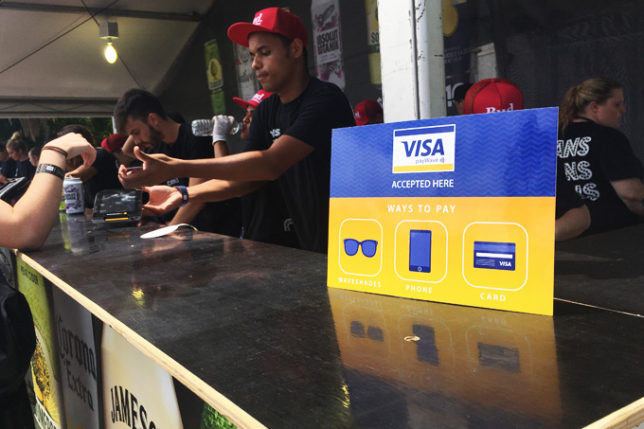 The WaveShades are embedded with payWave technology, so they operate the same as your phone might when confronted with a contactless payment system. Considering the unwieldy shape of sunglasses, you’re less likely to lose them, and they’ll probably just be on your face most of the day anyways. It’s an intriguing idea, and to get folks on board, Visa was giving away select pairs pre-loaded with $50 to spend at the festival.

The whole concept is similar to the wristband payment systems of Tomorrowland, and certainly makes for a more secure method of carrying money around in a high-theft environment. That being said, we’re worried about a lack of two-factor authentication during purchases. In the case that someone steals your glasses, what’s to stop them from spending your money? 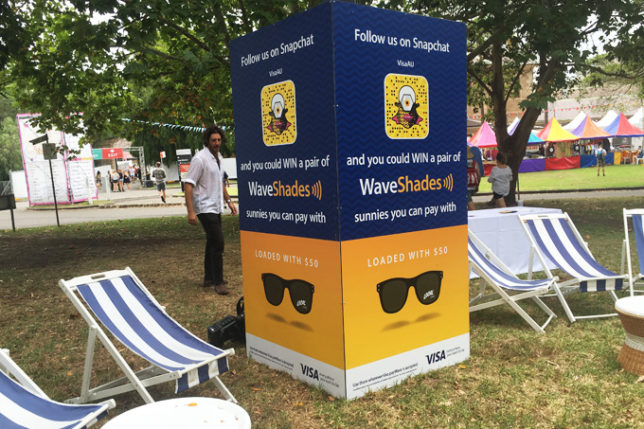