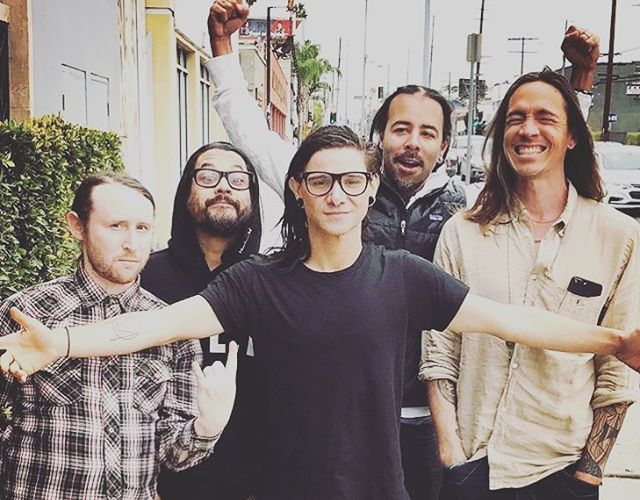 In an interview with Beats 1 (jump to 8 minutes in), frontman Brandon Boyd explains how Skrillex went from working on a single track, to being creatively involved on the entire album.

“We kind of, in a very organic way thought, ‘Hey, maybe we should address a couple of other songs that could use some changing in some way.’ We just had no idea. We ended up just going through the entire album.”

Skrillex is truly one of the most innovative and diverse producers out there… working with his angsty band From First To Last, to pop sensation Fifth Harmony, and every genre in between.

The forthcoming 8th studio album by Incubus is due out in April, and we can’t wait to hear that Skrillex touch! Read here for another interview with Boyd on Skrillex’s creative process in the studio.

Listen to the full Beats 1 interview with Incubus here…