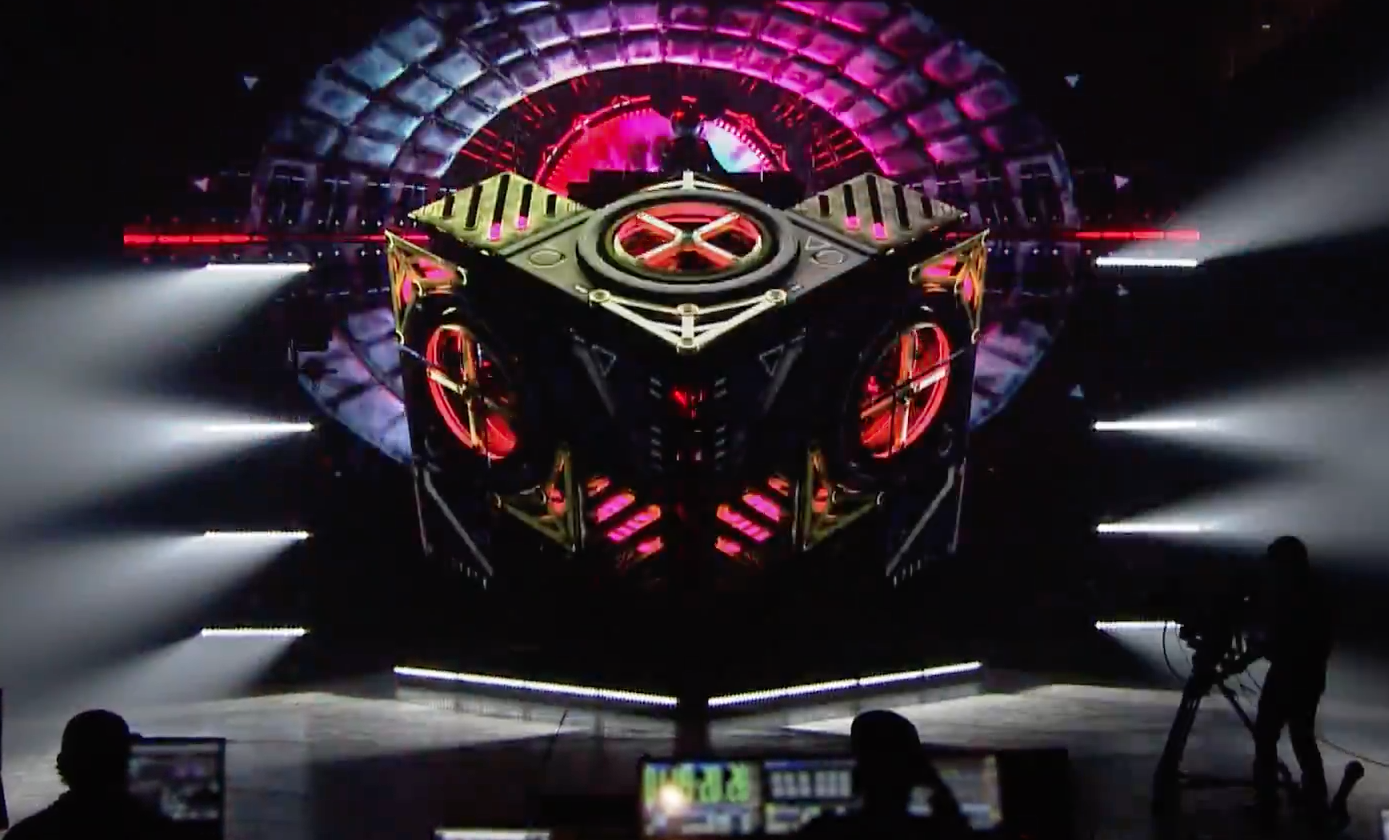 Deadmau5’s Cube 2.1 is the World’s Most Transformative DJ Stand [WATCH]

Deadmau5 just shared another behind-the-scenes look at his cube 2.1, which will be the focal point of his Lots of Shows in a Row tour… And, it looks freaking incredible.

The video below describes cube 2.1 as the “world’s most transformative DJ stand,” and explains the technology behind the media servers, 16 automation boxes, 16 LED boxes, and the interfaces that communicate between software, video, lighting, motors, etc.

Deadmau5 reportedly sold his P1 to pay for this crazy thing, but it’s totally worth it. “You get to see more sides of my creativity as opposed to just kind of listening to the music you’ve already heard,” he said.

The Lots of Show in a Row tour kicks off March 29 in New York, NY.