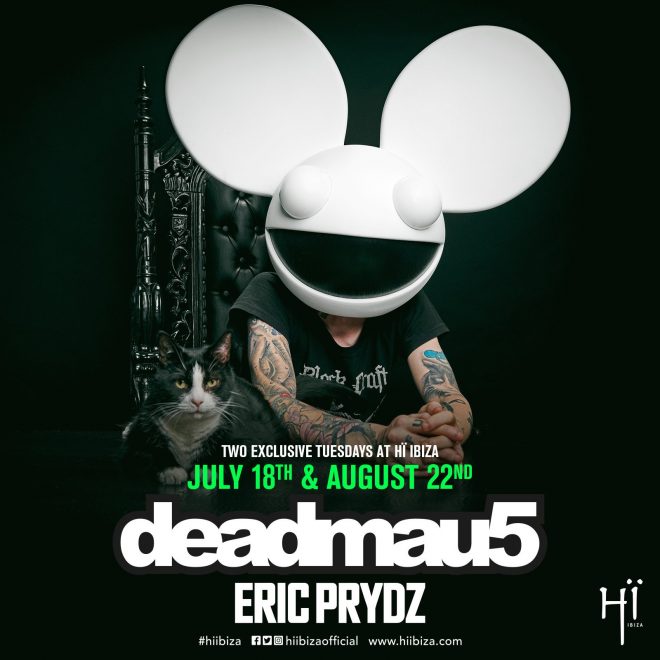 Hï Ibiza snagged 2 of the biggest names in electronic music, Deadmau5 and Eric Prydz, to play together this summer!

The club, formerly known as Space, already announced Prydz as one of the summer’s big-name residents. Now, Deadmau5 joins the lineup on July 18 and August 22 for 2 very special shows.

These two have played together in the past, including Tomorrowland in 2016, and are set to headline at Creamfields and Electric Zoo  — so maybe club goers will get a little b2b action! If these guys keep it up, we’re going to have to think of a name for the duo like Pryd5, or Dead Prydz, or maybe something less lame than those options.

Black Coffee, Martin Garrix and Armin Van Buuren are also set to be seasonal residents at the club, with about a dozen shows each. Sounds like Hï Ibiza is going to keep the party going all summer long!