by Karlie Powell
in Events, Lineup

Over Memorial Weekend, the festival celebrates the best in techno right in the heart of the city that made it. House and rap music acts also fill out the lineup, offering up underground and mainstream dance music alike.

Richie Hawtin is set to bring his new audio-visual show CLOSE to the main stage on day 1, while Deadmau5 will operate under his techno alias Testpilot on day 2, and dance music legend Carl Cox will close out the fest on day 3. Earl Sweatshirt, Carl Craig, Seth Troxler, Juicy J, Thundercat, and Danny Brown are just some of the many renowned acts that make up this year’s lineup. The festival holds other hidden gems like Claude VonStroke’s festival debut as his hip-hop alter-ego Barclay Crenshaw, a 3-hour set from Dixon, plus an entire Made in Detroit stage and Detroit Love showcase.

Check out the schedule below, and get your tickets here! 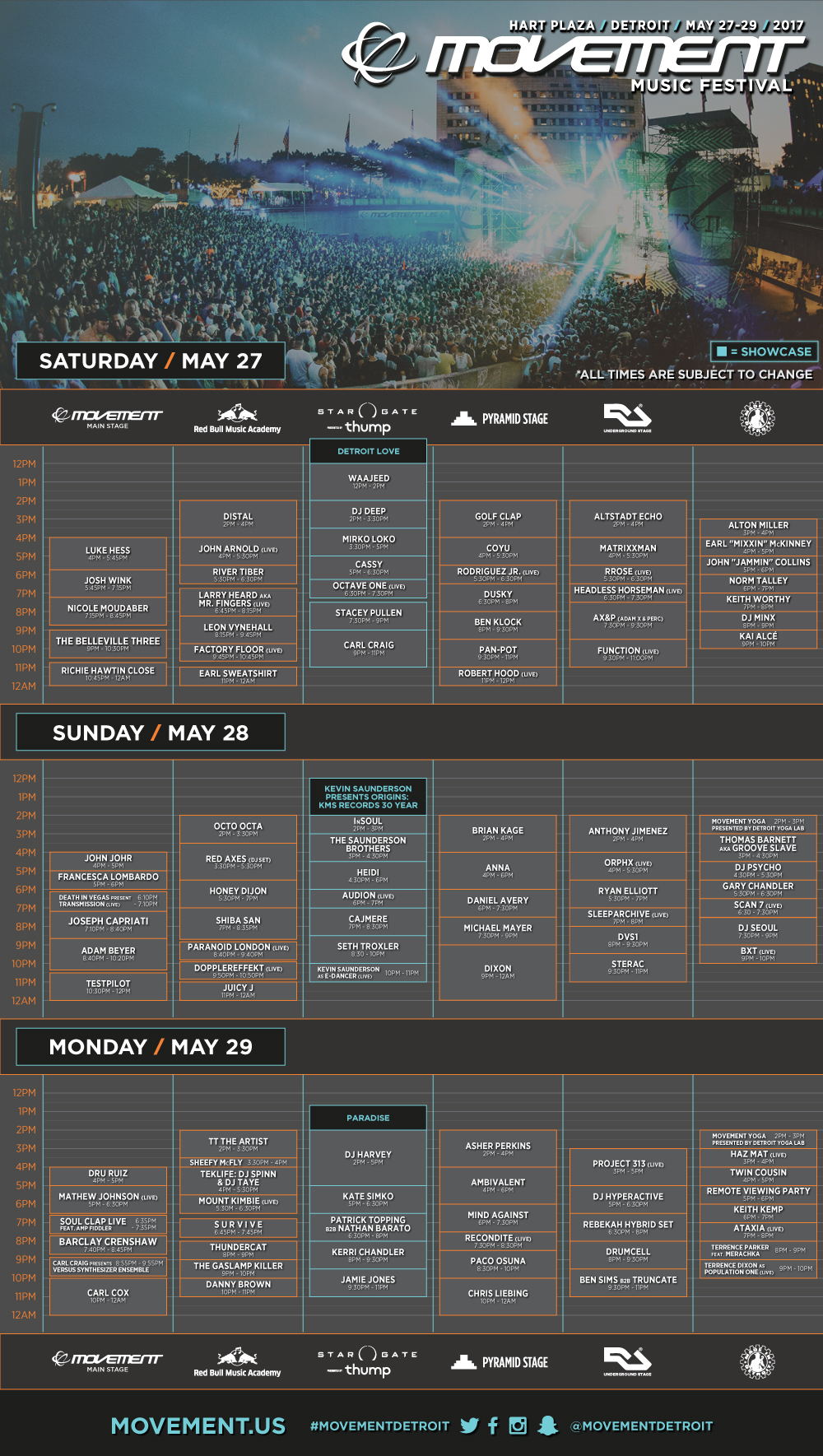