Gorillaz Demon Dayz Festival Confirmed to be Coming to Chicago

The return of Gorillaz is in full force, with the group releasing six singles thus far and announcing several live performances, including the launch of their own Demon Dayz Festival in the United Kingdom city of Margate. Up to this point, United States Gorillaz fans had just their set at Outside Lands to look forward to, but a new interview with Gorillaz mastermind Damon Albarn confirmed a massive bombshell.

QMagazine interviewed Albarn and Gorillaz artist Jamie Hewlett for its newest issue, exploring the creative process behind their upcoming album Humanz among other topics. Mentioned a bit haphazardly in the interview is that the Demon Dayz Festival will not only be coming to Margate, but also to American shores to the great city of Chicago. The article doesn’t reveal the date of the Chicago edition of the festival, but its unofficial announcement suggests it will be officially announced sooner rather than later. The Margate edition’s lineup hasn’t been announced, but we can assume a host of Gorillaz collaborators will play both editions of the festivals.

Check out a screenshot of the QMagazine interview revealing a Chicago edition of the Dream Dayz Festival below, courtesy of KanyeToThe user THEEF: 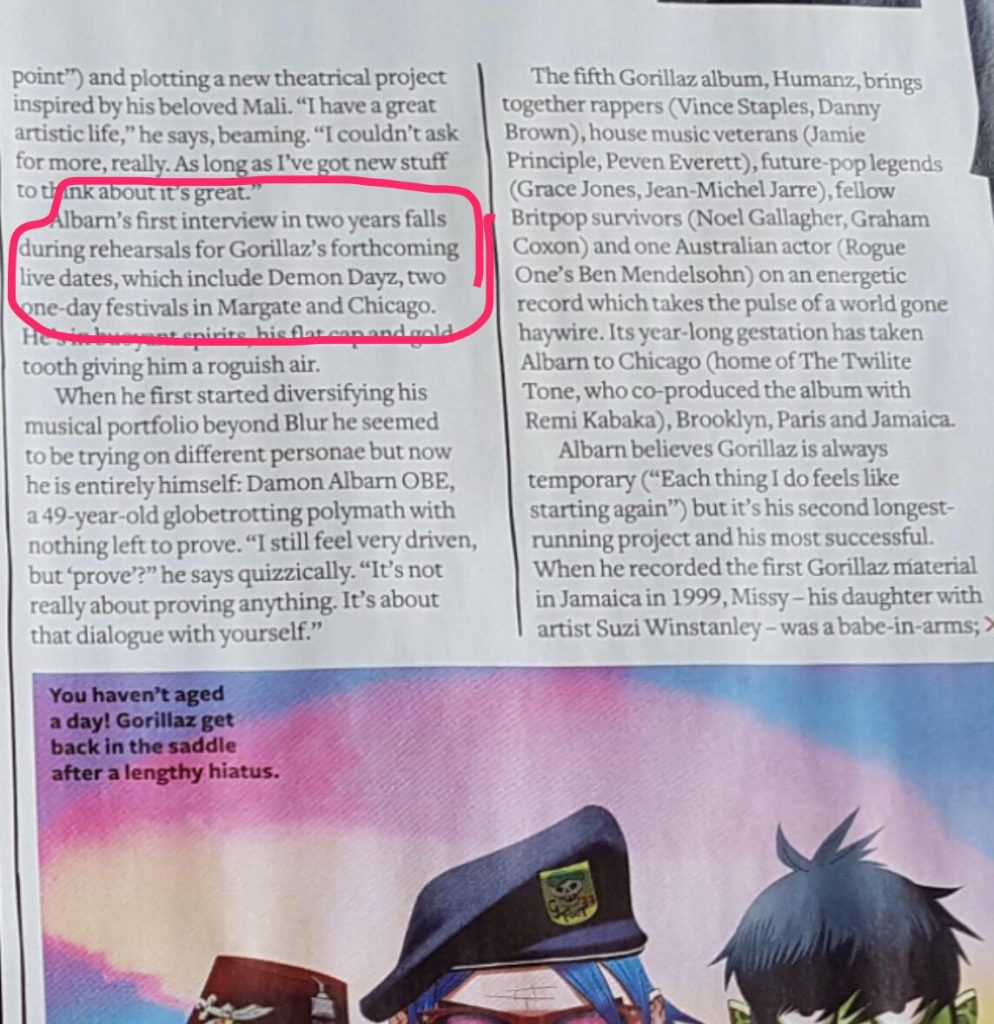