I’ve been a fan of cinematic music for quite some time. From the classical side of things from composers like Clint Mansell to the more electronic side of Arkasia or Danzfolk, cinematic music is made with a very unique, very distinct thematic voice that can transport you to another world.

Danger’s music, in my mind, lives in the same kind of post-modern world that Bladerunner occupies: a dark, desolate place with technology and social constructs far beyond our modern understanding. It’s twisted and dangerous, but it pulls you in with a sort of morbid curiosity that dwells within all living things. It’s the voice in the back of your head saying, “It’s okay, there’s nothing scary in the basement” when you know in your heart you shouldn’t go down there.

However, Danger goes beyond transporting you to another world in just a sonic sense. The composition of his music itself is telling a story. With each song feeding into the next, a plot unfolds and listeners are given the discretion to place their own story atop the music. In my listening of the album, it often felt like an entire hour had passed when only half of the album was finished (the album itself is 59 minutes).

The name of Danger’s album is 太鼓 which reads “taiko.” A taiko is a large Japanese drum that has a mythological origin in Japanese folklore; it’s symbolic of wartime and of various religious rituals. Many of these themes can be heard in the album, with large, booming percussion symbolic of the physical size of a taiko drum, as well as various soundscapes representing chaos and turmoil.

Like all of Danger’s past EPs and singles, the track titles of the album are all numerical. In another interview, when asked about the meaning behind his track titles, Danger said that it was a reference to the time at which a track was finished. (He’s French, so 22:41 refers to 10:41pm, for instance.) This is another way of just adding his own personal touch to the album, and a way to tie all of his music together from past to future. It’s also a way to give his music a sort of anonymity of their own, in addition to his own use of a face mask while performing. In the scope of an album, it discourages you from picking out a single track rather than listening to the album as it was intended: from beginning to end.

The album undulates with the flow of a real story, with crescendos and valleys, climaxes and resolutions. Up until 22:41 is the exposition, followed by a rising action and a climax at 10:00. The rest of the album is focused on the symmetrical falling action and resolution, depicting a natural progression that so many artists struggle with, or never really even try to achieve in the first place.

This isn’t the album you show your friends in the car as an example of a banger. But, if you’re looking for something with a bit more substance than the latest main stage club banger, this is as close as you’re going to get to perfection.

Danger toured with Porter Robinson & Madeon on their Shelter tour not too long ago, and will be rounding out his tour dates with appearances in a select group of additional cities, including a long-awaited performance in Los Angeles at the Roxy. Details on these dates and tickets can be found at 2emedanger. 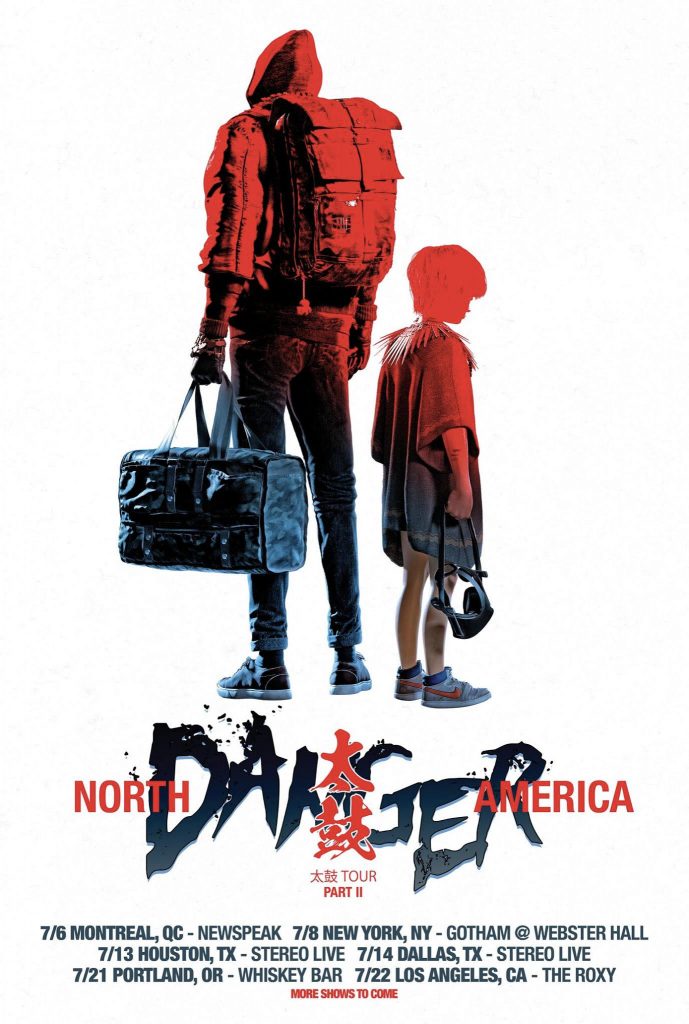