A new technology developed by Lisnr and being pushed by Ticketmaster has the potential to solve the problem of long lines and scalping at music and sports events.

The technology, already in use in select venues, uses distinct “smart tones” emitted from a person’s phone in order to create a sort of unique user ID corresponding to that person’s ticket. Signals from the phone (via an app that must be installed before the event) will emit tones between 18.75 kHz and 19.2 kHz, frequencies that are inaudible to 90 per cent of people. Microphones at the venue will pick up on these signals and cross-reference them with their database; the person’s phone will light up green and they’re good to go. 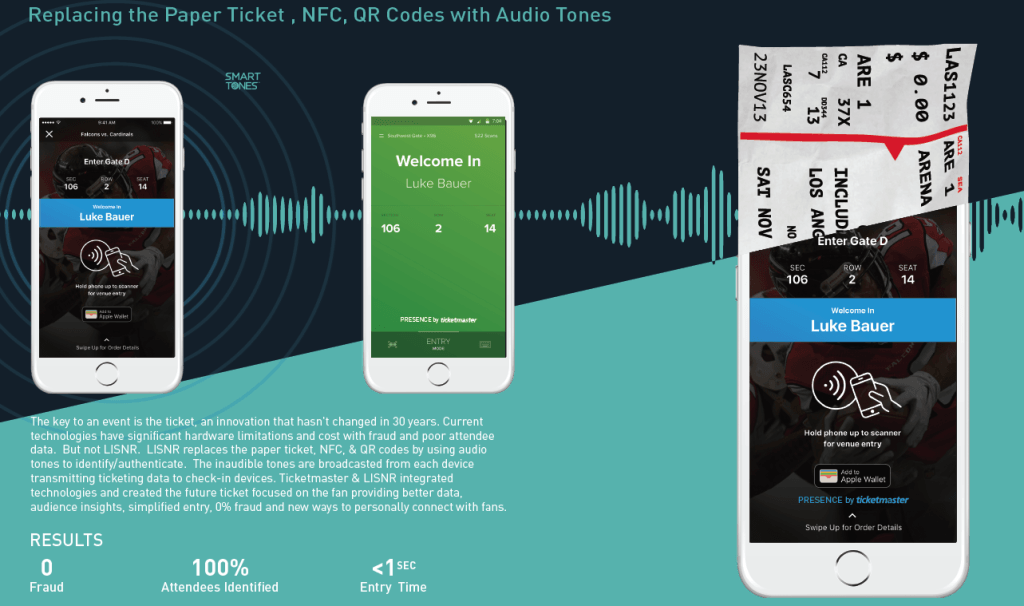 There are certainly a few kinks to work out with the system which is still in development. For example, buying tickets for others could prove problematic when purchasing for large groups of people. And eventually, it wouldn’t be that hard for someone to pinpoint unique tones and fabricate them, a sort of “audio hack.”

Currently, the system is only being employed by Ticketmaster in the UK, but app developer Lisnr plans to have it go global in the next four years.