Illenium spoke out to members of his “Illenials” family group on Facebook after a supposed leak of his forthcoming sophomore album Awake.

“Ya uhhhh lol. Where u get that and please don’t leak,” Nick Miller commented on a post that contains clips from his latest project.

On first glance, it looks like Illenium’s work had actually released in part, but according to the man himself, the supposed cut of “Taking Me Higher” is actually an old track he’s not putting out, and everything else is audio ripped from his Instagram stories from the past.

Awake drops September 21, but its possible to listen to his stunning tracks like “Crawl Outta Love” and “Beautiful Creatures” now.

We’re not gonna lie, we love to hear sneak previews of an artist’s unreleased music, but it’s really not cool to leak — check out the full track listing here and be patient because the album coming soon will be every bit worth the wait. 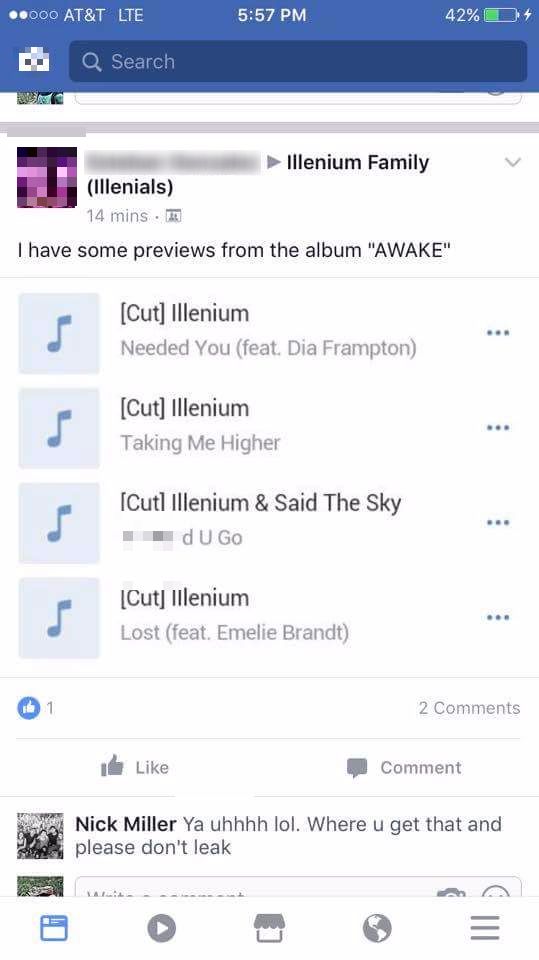 Roland Releases 2 New Controllers Stacked with the Iconic Sounds of the TR-808, TR-909 and more