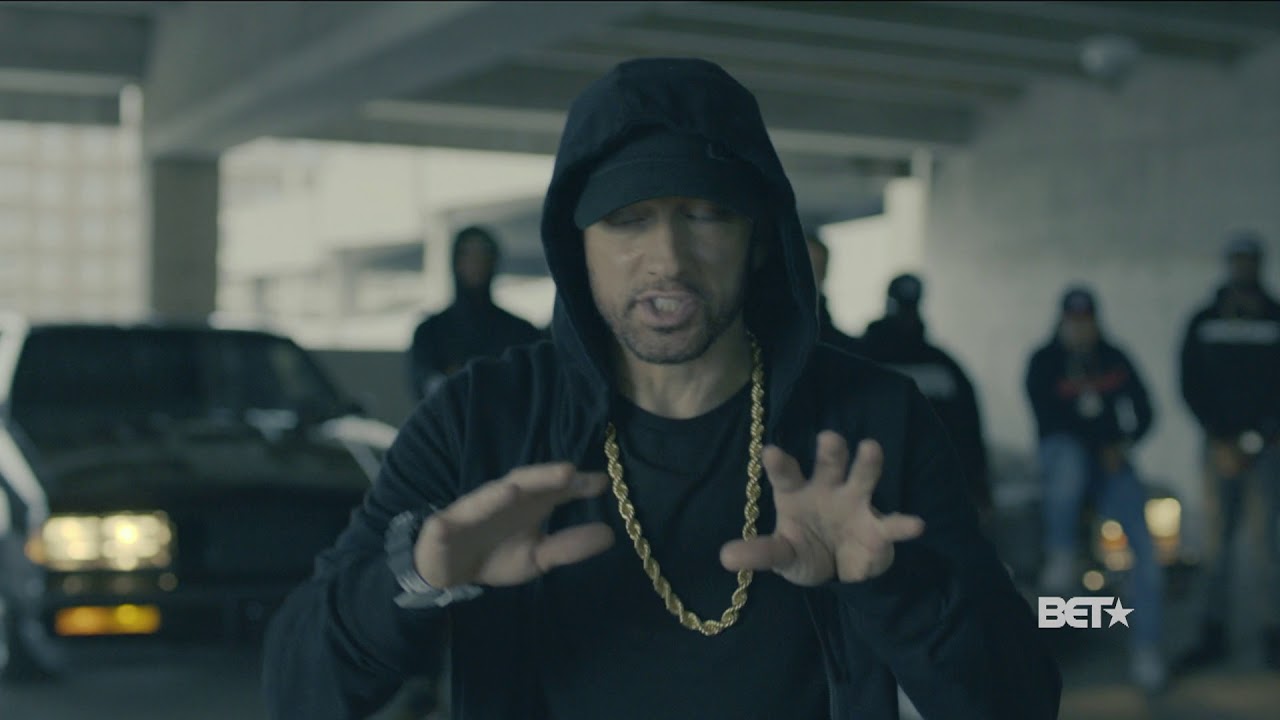 After Eminem’s viral cypher from the BET Awards earlier this month, fans have been convinced that the act was, in part, promotion for his new album. That’s not to say that his words weren’t impactful – though his flow left something to be desired – but the high-profile nature of the freestyle definitely put his name in the media right before announcing a new album.

Now, new evidence has come to light to suggest the title of his album might be called Revival.

The source comes from Eminem’s long time manager and new CEO of Def Jam Recordings, Paul Rosenberg. Though the focus of the Instagram post below seems to be the hard copy of Yelawolf’s new album, take a closer look at the ad for a drug called “Revival” in the background… at the bottom, the name of the drug is spelled with a backward ‘E’, a telltale sign of Eminem’s’ career.

In fact, after some sleuths on reddit got on the case, it appears that a drug called Revival doesn’t even exist, and the ad was paid for by Interscope Records.

There’s even more evidence on the webpage with references to Em’s past music, like “I Need A Doctor” and “Lose Yourself,” and a phone number that ends with a female voice saying, “We give you some serious fucking credit for sticking through this ad.”

While there’s no explicit connection to Eminem, it’s a pretty damn safe guess.

Look what arrived at the Shady offices today! @Yelawolf TRIAL BY FIRE comes out this Friday 10/27! #cdbaby