Apart from an actual album or EP, 2017 has probably shown the most Skrillex releases in a single year since the producer’s rise to fame. Whether it’s collaborations, production credits, or new originals, there’s no doubt that Skrillex has been keeping busy.

And thanks to the sleuths at /r/Skrillex, his next track has just been revealed – title, release date and all. Skrillex’s next track will be a feature on NSTASIA’s new single, “Parachute,” out next Tuesday, November 7. The genre tags on the track are listed as “R&B/Soul,” so it might even sound something like his last collaboration with NSTASIA and Vindata earlier this year, “Favor.”

Check out the pre-order details below. 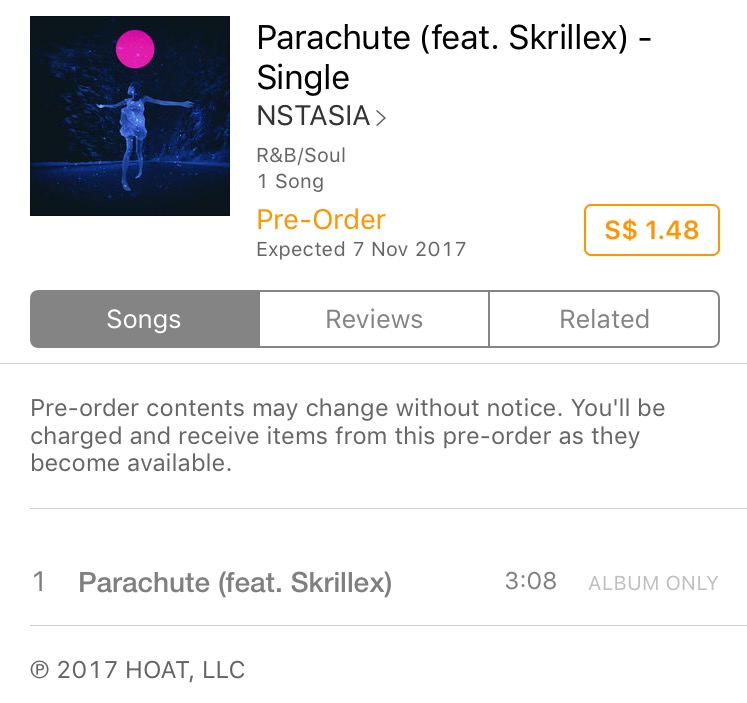