One of the biggest music streaming apps is now discounting its premium services just in time for the holiday season. Spotify is allowing customers to buy their ad-free music service for $99 that will cover all of next year. Rather than paying $10 a month for a year as per usual, Spotify’s new deal effectively gives customers two free months of music as a holiday gift.

This deal is available for both new and current premium subscribers. The exception to this rule are subscribers to the family plans. Once the plan is over, the payment rate will return to the original rate (unless they bring this deal back for the year after). 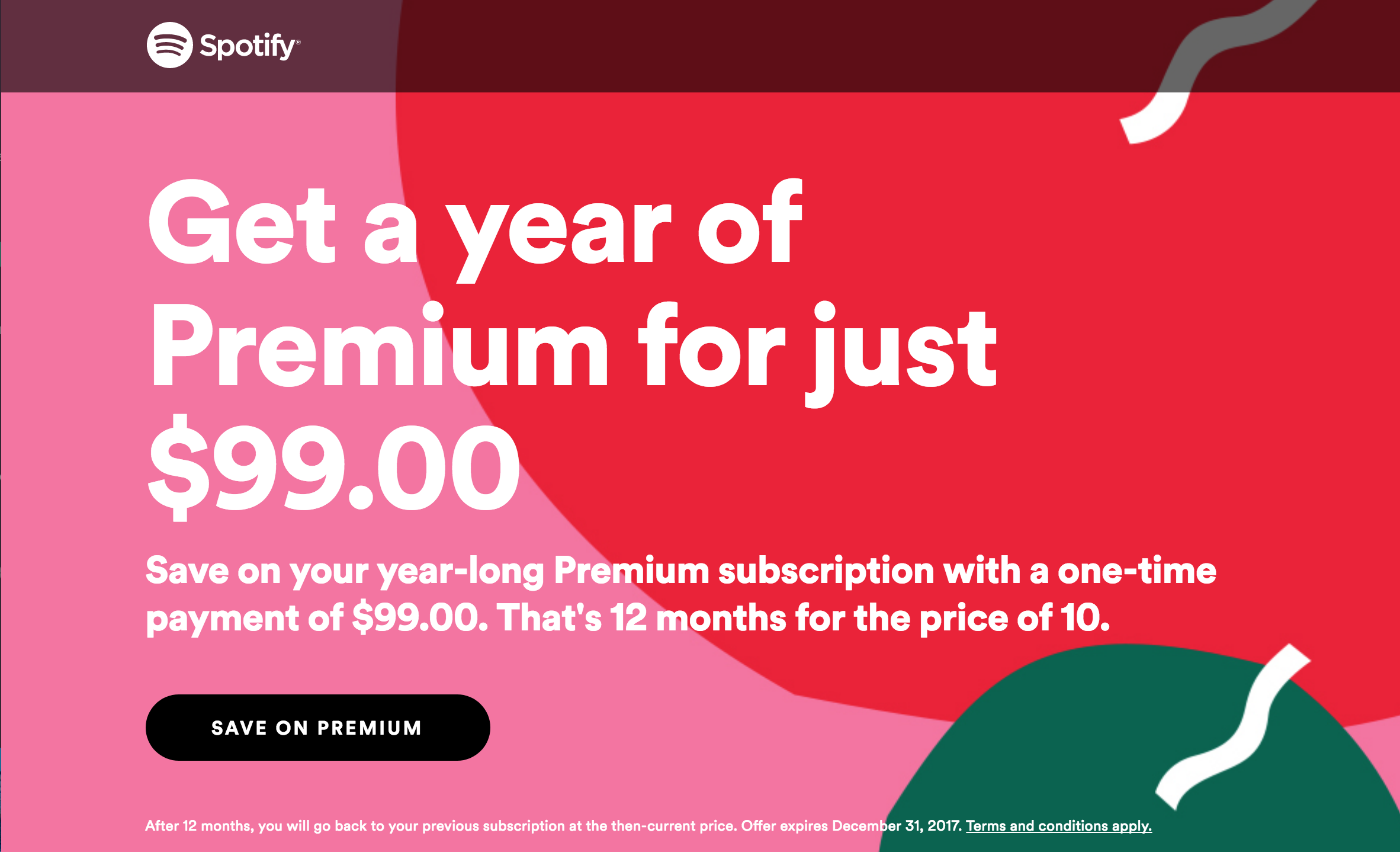 However, this now brings Spotify into equal footing with Apple Music. Earlier this year, Apple introduced a similar $99-a-year package for their own music streaming platform. But as these tech-moguls continue to out-do the other, at least consumers can reap the benefits.