Jack Ü Teases Reunion: “If Three Guys From Switzerland Can Do It, Why Not Us?”

With the EDM news cycle being dominated by Swedish House Mafia over the past week, we wouldn’t blame other once-great supergroups for feeling a little left out. While we’ve heard nothing from TNGHT or Magnetic Man, the Diplo and Skrillex superduo Jack Ü seems to be gearing up for a big announcement.

Early this morning, the official Jack Ü Instagram account posted a throwback photo Skrillex and Diplo, with the caption, “coüple of pünks.” The post was quickly deleted from what we can tell. Judging from the general inactivity of the account, and the new picture of the two of them, it definitely piqued our interest.

We reached out to a representative for Jack Ü who returned with a statement from Diplo, “If three guys from Switzerland can do it, why not us?” We didn’t follow up, but we can only assume that he meant Sweden, the birthplace for Axwell, Sebastian Ingrosso, and Steve Angello.

The URL included in the caption on their post leads to their main website, which now reads “Under Construction.” Expect a formal announcement from Jack Ü in the coming week. 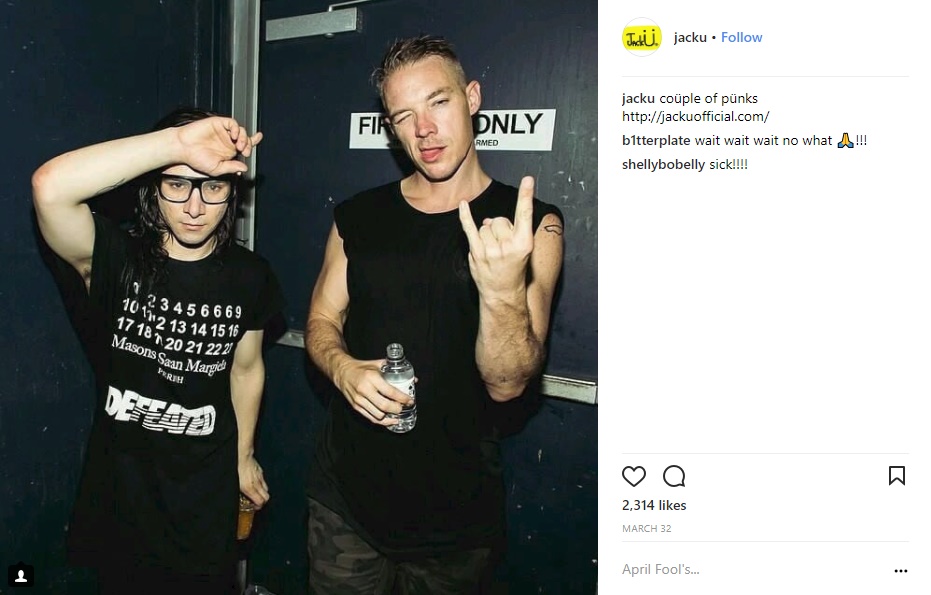