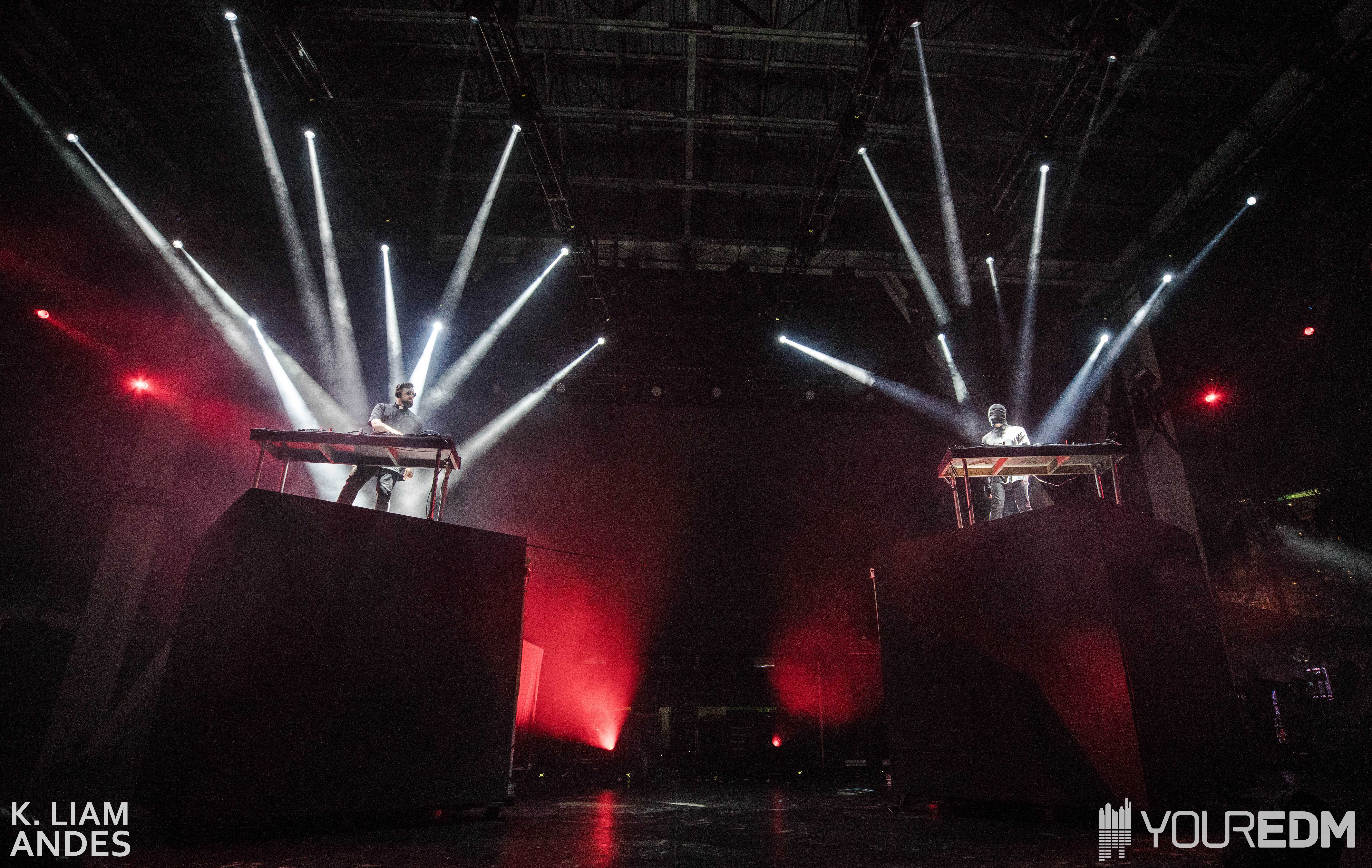 Tchami Talks about Confession, No Redemption and Malaa [Interview]

One of the biggest events involving two of France’s hottest house commodities include the spiritually enlightening Tchami and the masked enigma Malaa and their No Redemption Tour. Yesterdayday, the two dropped their highly anticipated collaborative EP including blockbuster tracks “Summer 99,” “Kurupt,” and “The Sermon” as well as a new track “Deus” and a cinematic “No Redemption Intro” kicking off this unique work.

To attain some insight on the work the two have been doing since their debut show in New York to their most recent show at Ultra Music Festival in Miami, I sat down with Tchami where he explained the method behind what keeps attracting people to his sound and the music he and Malaa cook up together.

How has Miami been treating you?

It has been treating me pretty good.

Are you excited for your Confession show at the Treehouse later on tonight?

Yes. I think that’s the second time we are doing this kind of party. The first was in San Francisco. It was a year and a half ago or two years ago maybe. But this is the first big Confession party in Miami and I’m really proud of that. I’m very proud of the lineup and I’m really excited!

There’s a lot to be proud of. That show sold-out pretty quickly much like what’s been happening with your No Redemption Tour shows alongside Malaa. Where do you think that growing success of selling out these venues across the nation comes from?

I think it speaks for all of the house community. I think that the house scene is really growing up in America which is a good thing and we are glad to be apart of it. Although Confession is doing great this year, it will be better next year. I’ve been working really hard on that.

That’s amazing. Now shifting to the musical aspect of the No Redemption project, the EP is dropping soon. Normally, an EP drops and then remixes or a remix EP follows but you guys did the opposite. What was the reason for that decision?

What we tried to do with No Redemption was to give a unique show with unique edits and remixes. We specifically asked those artists to make these remixes before the shows so we could play some exclusive music that people never heard before. That was the whole point of this. We wanted to release that [remix package] as a thank you for all the work that had been done.

I think that gratitude shows. Speaking of this body of work, let’s talk about the man not in the room with us but responsible for the second half of No Redemption. How did you and Malaa meet?

We met in a studio and that’s as simple as it is.

What are some of the best shows from the No Redemption tour, especially considering how different each iteration has been?

That’s a hard question to answer. Miami was a really good show, from my point of view. I loved Chicago. Everywhere the response was awesome. I never expected that in my career and my life to be welcomed like this.

I think it comes from how you guys exemplify a level of cool that EDM has but doesn’t necessarily flex.

Honestly, I don’t know what cool is. [laughs] I try to be myself, as corny as that may sound. I think the whole point of this is to be authentic and to be true to who you are. From Malaa’s perspective, he’s completely true to himself. Even though he wears a mask, he is still true to his personality.

That’s incredible. To wrap up this interview I want to ask about the other members of you Pardon My French clique, DJ Snake and Mercer. Are there any projects with them in the future or will you be focusing on some solo work?

So the future is interesting. We are all so hard on ourselves, music-wise. It’s hard to come up with a collaboration that can please everybody. Luckily, Malaa and I match up really well together. I know that DJ Snake and Mercer have a collaboration coming out soon that is in the works. But you will hear more PMF stuff in the future, I hope.

I couldn’t be more thrilled to hear that! Thank you for your time.