For Coachella attendees and fans wondering where all the bass and dubstep went this year: we have an answer. Today the Heineken House stage released its weekend one lineup, packed in with all the dubstep you could ever hope to see. Oh, and Busta Rhymes.

This year’s Heineken House lineup is basically a who’s who of trending and formative bass and dubstep artists. 12th Planet, a Delta Heavy and Dirtyphonics b2b and a Funtcase and Cookie Monsta b2b represent the old dubstep guard on the lineup. There’s also rising artists aplenty: Quix, an AFK and SVDDEN DEATH b2b, Boogie T, Riot Ten, Ducky and many more.

For hip-hop fans, the Heineken House also scored two big names: Busta Rhymes and DJ Qbert. Both came to prominence in the 90s, with Busta Rhymes working as one of the biggest rappers and Qbert revolutionizing the DJing art form. Both artists play on Saturday of weekend one.

The Heineken House is an enclosed, 21+ tent sponsored by Heineken. Complete with beer, A/C, and this bass-heavy lineup, it offers a completely unique experience at Coachella. Be warned, though: the entry lines get very long. Weekend two’s lineup is to come, but expect a lot of the same artists to pop up.

Check out the lineup for Coachella weekend one below: 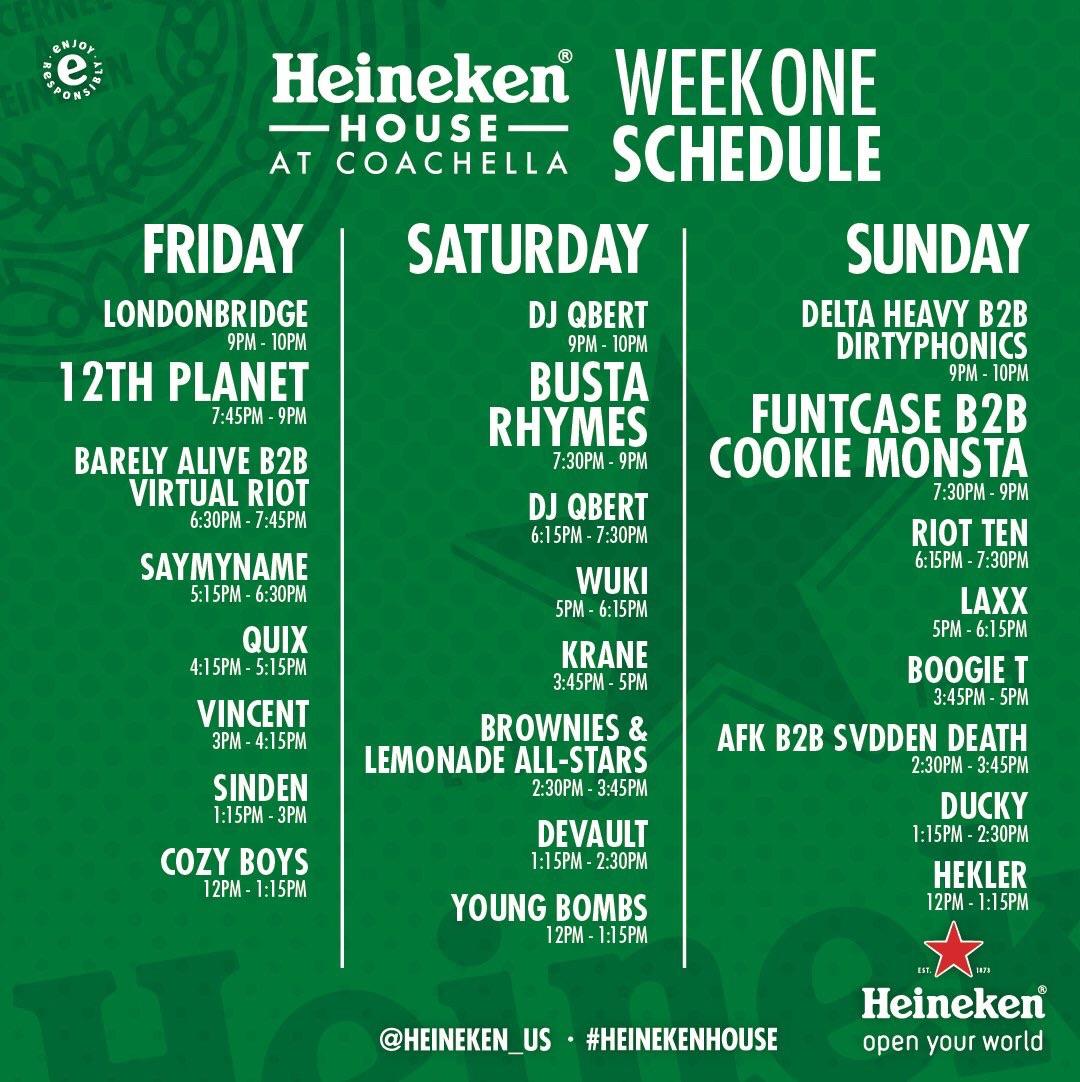