First the map, now finally we have the Coachella 2018 schedule. At first glance, we must say this schedule is a bit insane. Let’s break things down by day. 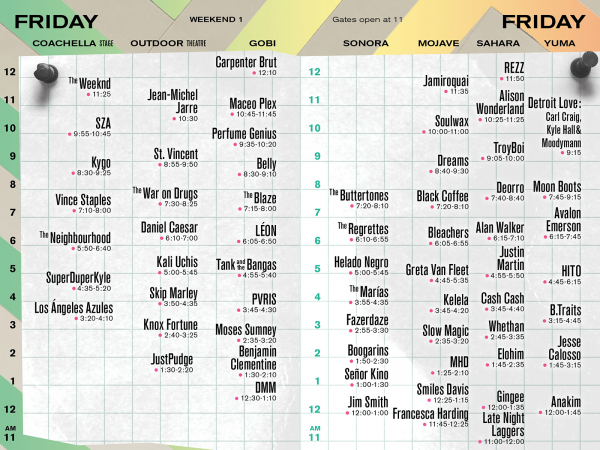 For EDM fans, there’s a whole lot on Friday to enjoy. Kygo playing the Coachella Stage is a pretty huge deal. Then, Alison Wonderland and Rezz (we called that, by the way) playing to close the new and improved Sahara is a hurrah for women in EDM. Maceo Plex and Black Coffee escape the Yuma to play the Gobi and Mojave, respectively. Slow Magic in the Mojave is cool, but why so early at 2:35? Justin Martin in the Sahara and Detroit Love with legends Moodymann, Carl Craig and next generation hero Kyle Hall to close the Yuma are great as well. 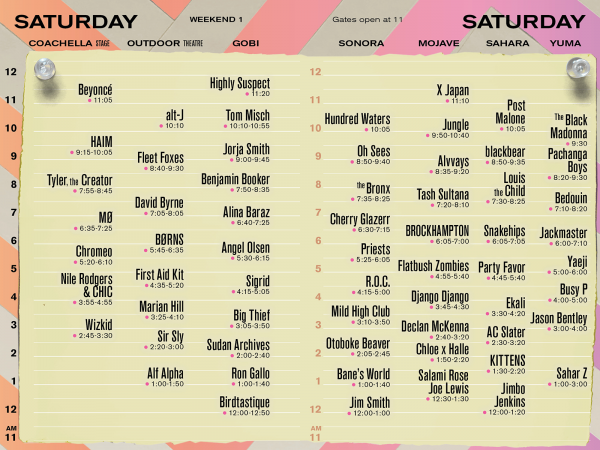 Saturday’s interesting. Chromeo will the play the Coachella Stage with their new production. KITTENS, AC Slater, Ekali, Party Favor, Snakehips and Louis the Child represent EDM in the Sahara. Then, the Yuma has mainstays such as The Black Madonna and Jackmaster along with rising producer Yaeji, but Busy P?! Plus, two surprise closing sets for the Do LaB. That’s a lot to take in. 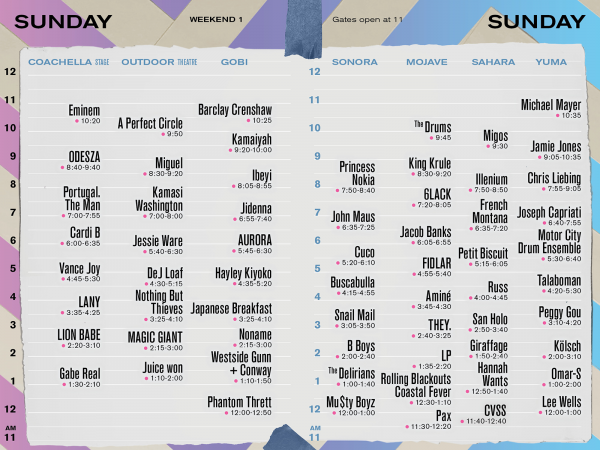 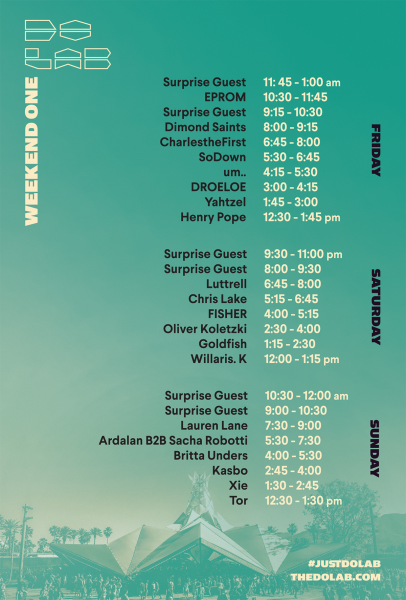