by Karlie Powell
in Fashion

Swedish House Mafia are all about that exclusive merch, although the last round of their limited edition items didn’t go over so well with fans. But hopefully they’ve learned from that and we can all move on.

Now, it appears the EDM supergroup is teaming up with Nike in some capacity. As speculation might have it, the guys could potentially release the white Air Force 1s, which were spotted online soon after their epic Ultra Miami reunion earlier this year.

In a recent social media post, Steve Angello uploaded another high fashion image featuring three Nike logos in a row. The kicks they were rocking months ago had a similar appeal.

The Reddit user who pointed the post out says, “Looking more into this and finding out A-Morir Studio created the 1 off Nike Trainers, I’m starting to believe this is something else. Music Video/ Tour promo/ Single (Don’t forget 2 tracks from the Reunion havent been released yet).”

Anything is possible. We’re not sure if this is about fashion, a new music video, or some other type of creative in the works, but Swedish House Mafia x Nike anything would be amazing. 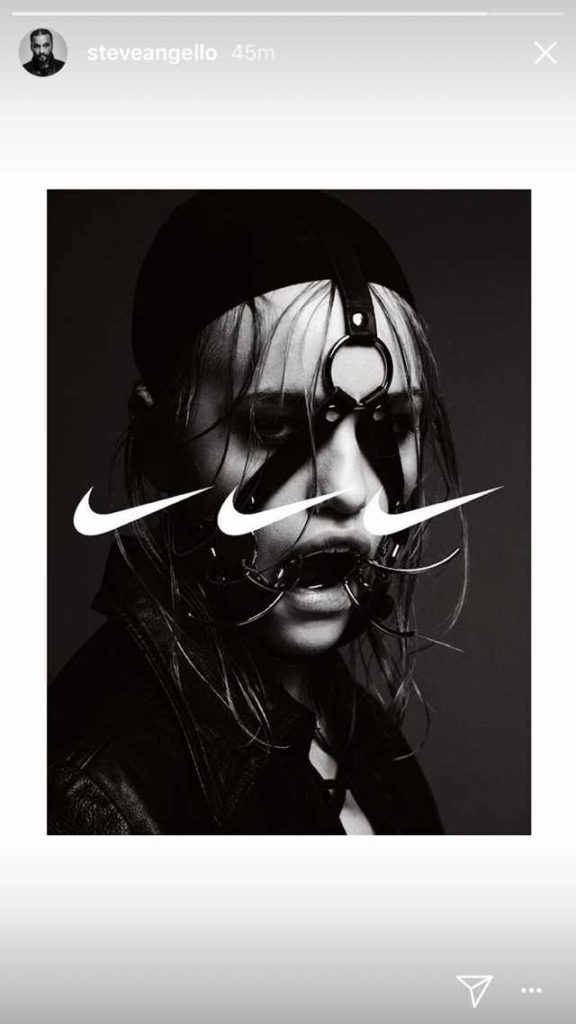