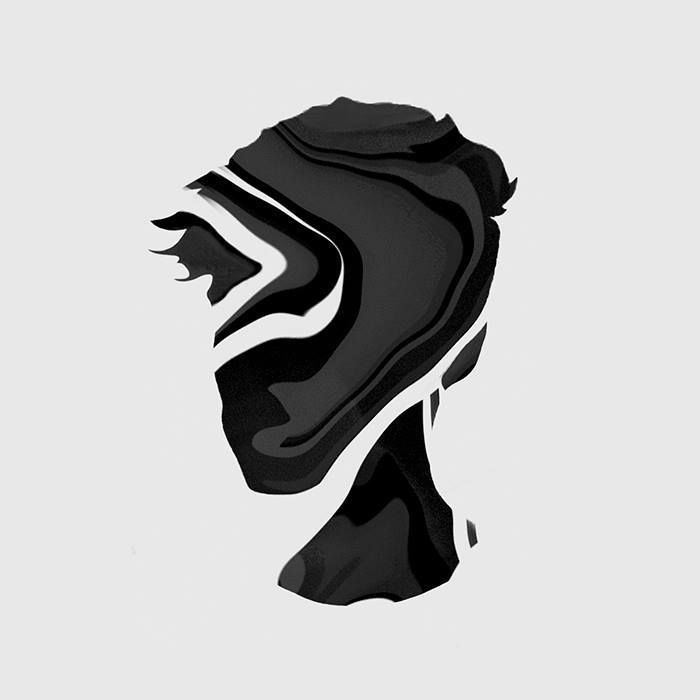 Your EDM Interview: TRAILS Speaks On His Debut For CloudKid

TRAILS, aka Tomek Zwolinski, has been on our radar for years now. Delivering remixes for SAINT WKND to Flume that we’ve soaked right up, now the producer flexes his vibrant style of production even more with the release of original track ‘Hold Up’ ft Rromarin.

Out via our favourite rising label CloudKid and with a stack of new material ready, we caught up with TRAILS to learn a bit more about what’s ahead for 2018.

Congratulations on ‘Hold Up.’ How does it feel to finally share an original after so many successful remixes?

Thank you, it’s great! I actually feel a little bad that it took me this long to release original music. This is long overdue as I had planned to release so much original content last year, but everything took a slightly different turn and music had to be put on hold for a while. I’m also a little nervous about it, but at the same time really glad it’s finally happening. This one is just the beginning, though!

For our readers that don’t know much about you, can you tell us a little bit about TRAILS?

I’m a 21 year old musician and producer from a city in the center of Germany that nobody knows about and I generally have trouble keeping to one artistic line or style. I think the notion of being “genreless” as a producer can be cliche, but I really mean it when I say you can never expect what the next TRAILS song will sound like. One day you will get future bass, a pop song or even a trappy one, and the next day you may get heavy metal combined with electronic beats or maybe an 80s inspired song (you haven’t heard most of it yet, but you will soon). I’m way too excited about different styles, especially when the inspiration strikes to follow a certain direction, but I think you can always hear the TRAILS characteristics even if the style is completely different than before.

Your single is signed with CloudKid. What led you to working with them versus other labels within the dance music community?

CloudKid has supported my music almost from the very beginning and I think I can say that we’ve become friends in that time. We even made a song together, but he would probably kill me if I shared it. He’s singing and rapping on it! With ‘Hold Up’ being the first single and one that still has the future bass vibe to it, signing this track to CloudKid felt like the best opportunity to thank them and celebrate the working relationship. I think it’s the best home for this track.

Do you have any kind of ritual or process when you sit down to make music?

Usually I will have a vocal, a melody or a sample in a loop and my telecaster guitar in my hands. I will just start to jam and play around for some minutes, some hours or maybe I will spend even days just jamming around, searching for the chords and melodies that give me this special satisfaction I’m always looking for. I love the moment when you hit a chord or a progression and you instantly feel that you’ve found something special. I can’t get that feeling when I’m writing notes with a computer only, although I used to solely write this way before. If I can’t get anywhere with the guitar, I’ll jam on the piano or a hardware synth and see where takes me. Once I have my core songwriting done, I’ll begin to shape the production, which always feels more technical than creative to me. Technical mixing is just as much a part of my writing as is musical writing in itself, it’s always done in parallel.

I would be lying if I said that the whole writing process always looks like that, randomly messing around and stumbling over happy mistakes is just as important as the process I have just described!

What artists/songs/records inspired you to become a producer and why?

To be honest, I have no clue why I wanted to become a producer or even write music in general. I remember learning my first song on the piano, which was One Republic’s ‘Apologise’ and after that I didn’t really have the desire to learn many more songs besides some exceptions, I just wanted to start writing my own. I don’t know where it came from but since then, making music and creating stuff is all I want to do.

What originally inspired me to compose music instead of just keeping on improvising piano pieces were actually film scores, especially Howard Shore’s score of ‘Hugo’ and unsurprisingly Hans Zimmer’s score of ‘Inception.’ Probably the music from the movie ‘Kick-Ass’ as well! After I discovered Netsky’s stuff from 2010 like ‘Memory Lane‘ or the ‘Black and Blue‘ remix plus seeing the ecstatic Tomorrowland 2012 after-movie, I kind of started to shift towards electronic music.

The last thing to finally suck me completely into the world of electronic music production – I guess you will hear that from many young producers – was Flume’s self-titled album. I couldn’t get enough of it and Flume quickly became the producer and artist who I really looked up to (and tried too much to sound like).

When did you realize you could make a living at music?

I always thought it would be a dream to somehow make a living out of creating music and kept myself in what I most times called a “naive belief,” that if I put my heart and soul into music, there must be some kind of way to make a living out of it. So I kept on learning, practicing, improving and putting out remixes, usually skeptical that it would get me anywhere closer to that, but then I had reached the point that I could do just what I did until now and artists or labels would actually pay me for that. I would even get some international booking requests. People would actually pay money for stuff I create in my bedroom.

I used to think that the whole music thing I’m working on would eventually be a waste of time and that my skills weren’t worth anything, but slowly I became more self-conscious and realised that all the work is slowly paying off and that the skills that I’ve acquired are actually worth something. I can’t say that I can fully make a living out of music at the moment, especially because the project hasn’t been too active last year, but it’s on a good path and that’s definitely enough for me to keep going!

Who are your dream collaborators?

There’s too many! I’d love to work with Bring Me The Horizon’s Oli Sykes and Jordan Fish for some heavier stuff. Working with Hayley Williams from Paramore would be a dream come true! I would love to jam with Tom Misch. Or produce with Unknown Mortal Orchestra, there would be so much gear and so much to learn! While most of these seem to be out of style based on my remixes, other dream collaborators would be Elohim, Billie Eilish, Louis The Child, Kasbo and Medasin. Really looking up to them as artists.

Any advice for musicians just now getting into the dance space?

I’m not sure if it’s good advice because it’s not really practical, but what I would have wished to hear some years ago would be to not worry too much about the producer’s classic “I need to find my own unique style“-problem. I realised that everybody already has his own style and uniqueness, which is shaped by all the influences and techniques you have collected and learned. Now you just have to put in the work to learn what it sounds like, you need to develop and level up your writing, producing and maybe even mixing skills, so you can really understand and express that “unique style“ (I somehow don’t like to use this term) in your music. Eventually, when it’s time your unique sound will come to you.

If we’re talking more practical advice, I would highly recommend learning a polyphonic instrument like the piano or the guitar if you haven’t already and trying to incorporate “handmade“ songwriting into your electronic music productions. For example, instead of manually writing in notes, try to copy the notes or voicings of what you have played and use the musicality, emotions and joy of jamming and playing music. I have often tried to compensate for the lack of decent songwriting in some of my older (and recent) stuff by adding lots of production elements, instead of improving the writing itself, which is so much more effective. I feel like using real instruments made me a lot better at that.

What are you planning on working on in 2018 and 2019? Any big goals for the TRAILS project?

I just finished building and acoustically treating a studio room and I’m basically locking myself up in it to make much more original content for the rest of the year. I want to bring more personality and more artistic identity into the project and I think there’s no better way than to start that with original songs. So, the primary goal in 2018 is to create. The music will be a little different from the remixes you’ve heard, more focus on songwriting, more handmade music elements and less Flume-inspired-future-bass.

Once I have enough music out I really want to start building a live show setup. Not only the cliche ‘pressing buttons’ thing though. I want to try and build a setup inspired by Mura Masa, Lido or Tash Sultana, starting with electric guitar being the main instrument and adding more with new musical ideas and experience. Besides writing music, I’m learning every instrument I can get my hands on, but I know it’s going to be a long way to get there and I hope I can at least partially realise the concept.