Your EDM Interview: Reaction Talks About Sound System, Substantial Audio and His Own ‘Reaction’ to His Singles Taking off In Larger Bass Music

Substantial Audio is a relatively new label, established by deep Dub Don, Mr Mud. Designed to be a platform for the deeper variety of dubstep and sound system-style breakbeat, Substantial has brought on a number of heretofore unknown artists who are now recognized for their innovative deep bass beats.

For its eighth release, Mr Mud and Substantial came to Nottingham-based producer Reaction. His self-titled EP is a mix of deep, ambient sound system-style beats, dub reggae sampling and tie-ins, and slowish dubstep tempos. There’s a ravey element as well in the synths which ties the tracks together and gives them a bit more of an ambient edge. The EP’s lead track “Cactus Dub” has been getting a lot of attention with its ties to reggae, but tracks like “Drone” and album closer “Ascending” also definitely deserve some love for their complex beat structures and uplifting ambient melodies.

His first EP on Substantial has shown Reaction to be a diverse and thoughtful producer, and as Your EDM has done very few interviews with sound system producers, we thought Reaction would be a great start to introduce this deep wave/dubstep/halftime hybrid to the U.S. Listen to the brain massaging beats while we talk to Reaction about how he got into sound system and what he finds so interesting about working in the genre.

How did you come to work with Substantial to release this EP?

The way the whole thing happened really was being mates with Mr Mud (head of Substantial Audio) on Facebook really. We would regularly send each other dubs and I think I’d been sitting on a load of new stuff I hadn’t sent out to many people so decided to send drop them over. Then the next day I made “Caktus Dub” and the rest is history really.

How did you get into making sound system/deeper dub tracks?

Well originally I used to produce drum and bass and go to big sound system nights when I was about 18. After a few years I knew a few mates that was going to the same nights but spending most the time in the second room, which is where I first remember hearing dub/dubstep music for the first time. After that I was kinda hooked. So the whole deeper side of dubstep has always been there from the early days.  I also need to give a shout out to Stankov from Major Oak as he is the real reason I produce dubstep at all.

It it seems like the titles of your tracks like “Caktus Dub” and “Spooky” are meant to connote the feel of the track. Would you say that’s accurate? Does that reflect your production process?

To be honest the track names for nearly all my tunes are random. It depends on what’s around me when I go to name it for the first time. “Caktus Dub” was called that because I had recently bought a Caktus, and spooky was named I think by one of my mates that was in the room at the time of me making it. As for the production process it depends how I feel and what mood I’m in when I go to create a track to be honest, or the track I make will reflect what sort of music I’m listening to at the time. 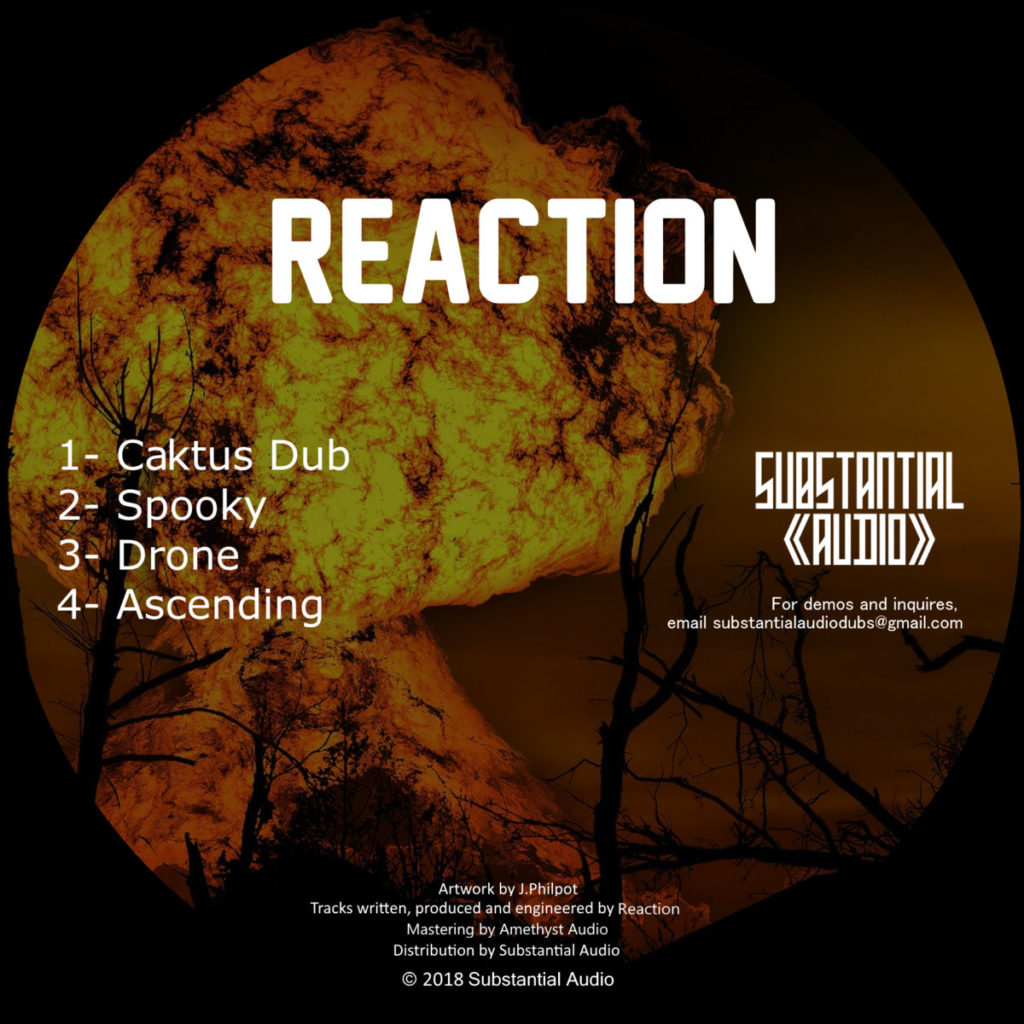 There’s quite a bit of dub influence on this EP. What would you say are your main musical influences, both in general and in terms of what went into making this EP?

I’m a huge fan of Egoless and any work he does. I love how natural and organic his tunes are but in the same breath he can destroy a dance for with some filth, so some of samples and sounds I made when making “Caktus Dub” almost reflect that. I’m also good friends with Major Oak and their sort of style of sounds and I feel in the Nottingham scene we all influence each other while still staying unique. That paired with listening to a lot of dub and reggae as well obviously made its imprint on my sounds at the time.

Do you plan to do more releases with Substantial in the future?

Hopefully. The Substantial crew have been brilliant and so supportive of my music with this EP so let’s just see.

Any other planned releases coming out soon?

There are a few more EPs coming but nothing I can really talk about at the moment. I will be giving away a three track EP when I reach 1000 followers on Soundcloud so keep a look out for that.

Do you plan to tour or have any shows coming up?

A tour is something that I want to do but no such plans at the moment. I did at one point try to figure out how to do a small tour in the U.S. but it didn’t materialize into anything. It’s on the bucket list for sure. And as for up and and coming shows I do have a few but nothing’s been announced just yet so keep your eyes peeled.

Reaction’s self-titled EP is out now on Substantial audio and can be purchased on Beatport, Juno or Bandcamp, where it can also be streamed. Click here for Reaction’s Soundcloud page to look out for that free EP download, and if you enjoy this sound, check out Substantial via their Soundcloud or Bandcamp, as their 009 release will likely be out soon.