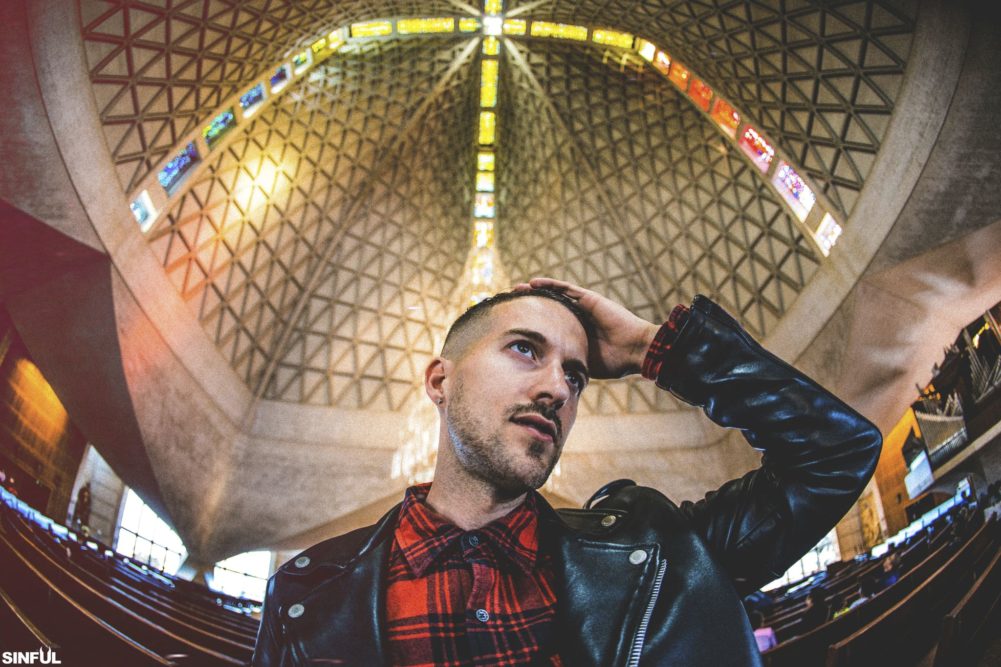 ANGELZ just hit us with one of illest releases in recent memory, the Saint Thug III EP. It’s been on repeat since Friday, collectively racking up plays into the hundreds of thousands and rousing g-house lovers everywhere.

Heavily influenced by UK garage and hip hop, you might hear these sharp tracks played out in the hottest of clubs or the in the deepest of undergrounds — because ANGELZ knows no boundaries. This dynamic project boasts five dance floor destroyers, beginning with the riveting leading single “Letter After F,” and through a number of fresh-to-death collabs, ending it with the fattest of basslines.

While his previous Saint Thug parts I and II EPs were put out on Tchami’s label Confession, this ANGELZ self-release finds its home on his own imprint, Maison Sainte. In the interview below, he details the influences behind this brilliant EP, but refers to it as a mere stepping stone for what’s to come.

ANGELZ will soon embark on his third tour of Australia and New Zealand, where he has kept a devoted fan base since the beginning of his career. For those of us in other parts of the world, we’ll have to keep on believing ANGELZ will appear soon.

In the meantime, let the gritty, grimy goodness of the Saint Thug III take over. Full interview below.

Now that the full Saint Thug III EP is out, how does it feel?

Feels great. It was important in the story… It’s like a stepping stone for the next stuff. I can’t say much more right now.

Best compliment you’ve received on the release so far?

Someone in a review online said something like “ANGELZ channelled his inner Todd Terry for Letter After F,” and I thought it was a humbling comparison because the man is a legend in house & sampling.

The leading single “Letter After F” really got everyone’s attention… Do you have a special attachment to “Still Tippin'” we hear sampled in there?

I didn’t actually sample that song but this EP has a lot of Houston influences on it. I used to be really into chopped & screwed tapes, 8 Ball & MJG, Lil Flip… I used to be a huge Chamillionaire stan… All that H-Town stuff. That’s why I remixed SICKO MODE, too. It was a foreshadowing of the H-Town influences I’d have on the EP. I’m a huge Swisha House fan. I actually have some unreleased Slim Thug vocals on my hard drive that I’ve yet to use…

What kind of impression do you hope the entire Saint Thug series makes on the scene?

I’m showing it’s cool to do different styles of what I call “Club House.’ My ‘Poppin In The Streets’ tapes are also all over the place like that but it’s still always that 4×4.

In what ways do you find inspiration and how do you execute that in the studio?

Listening to my playlists running outside is the #1… I like high energy stuff that has style and a certain aesthetic. I like to listen to my own music a lot so I analyze it and I gain inspiration from that. Then I’ll just listen to a ton of different random things such as a lot of underground hip hop and mid-2000s hip hop.

How would you say g-house has morphed over the last three years? Since we talked last…

It’s only grown and I think we’re not fully aware of how big it could be yet. Like any new style there’s ups and downs in terms of what’s mainstream. For example, Brazilian Bass is basically G-House offspring and it’s played everywhere in the world.

What’s the best thing about being a producer?

Making what you want to hear. I’ve been doing this forever so I’m kind of over the honeymoon of “i’m a producer” etc. but I don’t take it for granted either. There’s something metaphysical about making music and sharing it, too.