Your EDM Q&A: The Fluid Vibes of Champagne Drip Confront the Immovable ‘Obelisk’

Beginning from the dark drum and bass roots of his old moniker SPL, Champagne Drip has reinvented himself many times over since his DnB days, and it didn’t start with the name. When he released his first funky, ambient EP called Journey Into the Champagne Sea, the larger bass music community beyond his hometown of LA stood up and took notice, and it seems this artist has never looked back.

With his new EP Obelisk out now on Liquid Stranger’s WAKAAN label imprint, Champagne Drip has introduced even more styles into his repertoire, including riddim, halftime and even some hip hop beats. Just because he’s keeping this name doesn’t mean Mr. Drip is done messing around with new styles or pushing the bass music envelope.

Many beats and EPs after Champagne Drip started his liquidy journey, it seems he’s still just getting started. Your EDM was curious to see how the Dripmaster sees his own musical journey and evolution, so we sat down with him to talk style and substance. Read and listen:

How did you hook up with Wakaan for this release?

I go back quite a few years with Liquid Stranger. We reconnected more closely over the last year and decided that I should be releasing music on Wakaan.

Obelisk sees yet another shift in your style, as the focus is back on heavy dubstep and riddim. What is interesting to you about reinventing your sound so often? How are you able to makethose switches in your brain?

Doing the same thing over and over again is insanity. Music can be an escape from confines to me. To confine music would be removing some of its purpose.

What’s the significance of the title Obelisk?

When I listen to music I often see images in my head and I write these down. I keep a list of these interesting ideas, visions, or words and use it as a resource to title my work. 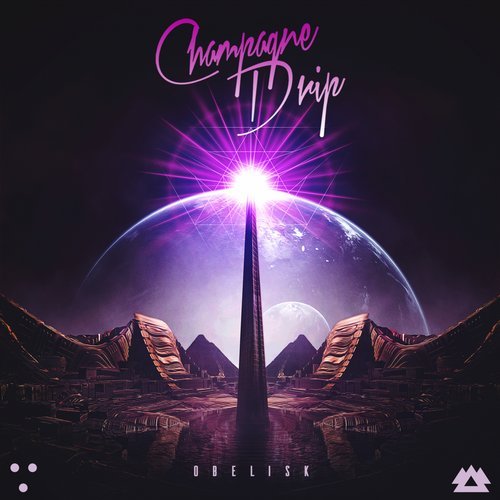 When you set out to make this EP, did you write these tracks specifically to follow this theme, or was it more a case of you had a lot of tracks ready and just chose your favorite four?

I chose four that would fit into an EP. When I write I feel like I have very limited control over what comes out. Usually I can determine the tempo and structure but everything else is a matter of finding what actually works. I end up with a bunch of tracks and I put together what I think might work as a musical journey.

It’s hard to say. I think I’ve gotten really lucky.  People love weird stuff these days and weird has always come very naturally to me. I feel like we have finally come to a point where bass music is no longer new to the masses and it takes creativity to be exciting. Now I’m really leaning into making unique stuff and it seems to resonate.

It may or may not be common knowledge that you’re really into the science of sound and how tracks are put together. How did you apply some of this sound science to the new EP, and what do you think you learned?

I’m always learning new things and experimenting. There’s no technique specifically used in this EP that I haven’t used on other tracks within the last year. Essentially, I’m carving a space for each sound so the mix works. I seek better ways to do this but it almost always comes down to what sounds are being used and where they are used. Then I add EQ and dynamics processing and tweak the arrangement until I start to run up against my limitations and hit a point of diminishing returns.

Speaking of music theory and application, you also are quite existential with music. Was there anything in particular in these tracks that you thought there’s a real philosophical theme or theory expressed?

Not really. I’m at the mercy of experimentation and out of that, what sounds good to me and moves me. Then I try to pick a cool sounding name, I wish I had some sort of detailed lore or meaning behind the process but it’s extremely abstract.

What’s up next for you in terms of touring and shows?

I am headed to Aston Manor in Seattle and Beta in Denver on September 5th and 6th respectively. Then I’m in Milwaukee on September 15th.  After that I have Deadbeats dates in October and November in Eugene OR and Detroit. I’m at Escape Psycho Circus here in Southern California in the end of October. I’ll also be in Vegas, San Antonio, and multiple cities that haven’t been announced yet before the end of the year.

Any collabs or singles you can discuss?

I have collaborations with Liquid Stranger, Space Jesus, Minnesota, LSDREAM and a few others. I’m also working on more records for WAKAAN and a remix for What So Not and Skrillex.

Are you thinking about working on anything with your old project SPL in the near future? Anything you can discuss?

I won’t be doing any more SPL in the forseeable future. That project seemed to get me stuck and I hit a plateau with how far I could take it.  Plus, if I was still producing as SPL it would probably sound like ‘Obelisk’ and everything else I’m doing. Going back seems like it would be pointless and maybe work against me.

Obelisk by Champagne Drip is out now and available to stream on Soundcloud, Spotify or Deezer and purchased on Beatport.