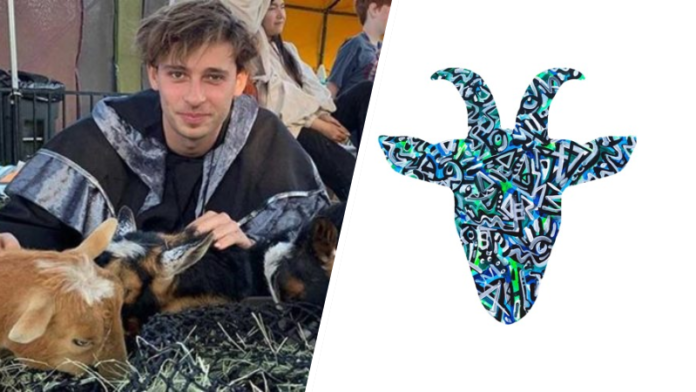 UPDATE: The GØAT Is Most Definitely Not Flume

Days ago, a mysterious upload from GØAT popped up on SoundCloud, revealing a new project with five new songs. After tracking the associated account back to a social media post from Flume, the real GOAT aka “Greatest of All Time,” we mistakenly believed the producer was in some way involved with the project.

As Redditor u/JonathanRaue has pointed out, three accounts were actually made up on the spot for Flume’s caption and fans immediately swooped in to take the handles. Since then, the fake accounts have come into their own and gained moderate attention, clearly riding the coattails of Flume’s post. One “goat” went as far to use the artificial shoutout for his own self-promotion.

Rather intentionally, this GØAT promoted and self-released five tracks that mimic a Flume-like sound, offered in a collection called GØAT TAPE V1. One track in particular, “SHIFTING” had us fooled for a moment. The plan worked.

Anyways, we were careful to use words and phrases like “seemingly” and “we have reason to believe” when reporting on this mysterious mixtape — but perhaps not careful enough.

Shoutout to u/JonathanRaue for clearing this up via r/Flume. Read on below.

THE GØAT IS NOT FLUME from Flume