It’s become a mantra for a ton of artists lately who are blasting Lil Texas-esque hardcore beats at 200 BPM or higher. Kayzo has been a huge supporter, for a while, and a lot of other DJs are jumping on the trend. One who’s been on it since basically the beginning is Carnage, who has dabbled in hardstyle and psytrance for years. So it’s no surprise when he captioned his latest Instagram post as such.

What no one was expecting was for Drake to slide into the comments with, “Said nobody ever.” Clearly Papi Gordo hasn’t enlightened his friend to the wonders of hardstyle/hardcore. 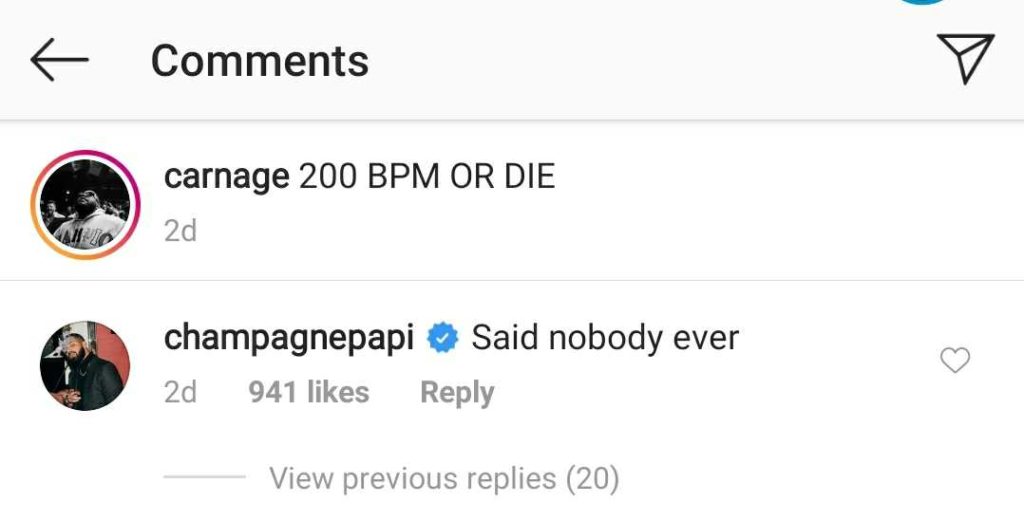 Among supportive comments from ALRT, Whyel, Steve Aoki, Lil Texas, and others, Drake’s comment sticks out like a hilarious sore thumb. Check out the video in question from Carnage below.