Universal Music Group and the Lego Group have announced a new partnership that will see a whole new suite of products launching next year. Along with the  “Music to Our Ears!” competition, where fans are encouraged to “show off your love of music using LEGO bricks,” certain fan-made designs have a chance to be made into official designs supported and sold by the company.

One father and son duo are taking their love of Daft Punk to the building block world with a full, and quite accurate, recreation of the iconic Alive 2007 stage design. The design is now one of the top 10 entries in the competition.

Patrick Harboun reached out to Your EDM to explain the inspiration behind the design.

To cheer up my 8 year old son during our isolation, we’ve entered a Lego competition about music. We’ve both big Daft Punk fans: I’ve spent my high school years listening to Homework on my Walkman. My son’s favourite song when he was 1 was Get Lucky (actually it was the only song he was willing to listen, although, to keep our sanity and be allowed to listen to other songs in our life, my wife and I eventually managed to extend his appreciation to the whole Daft Punk discography). So we’ve built a set looking like the Alive 2007 pyramid stage.

Not only does the set feature an accurate portrayal of the stage in blocks, it also features functional lights thanks to LEGO Night Mode. The whole design is comprised of 2000 blocks. 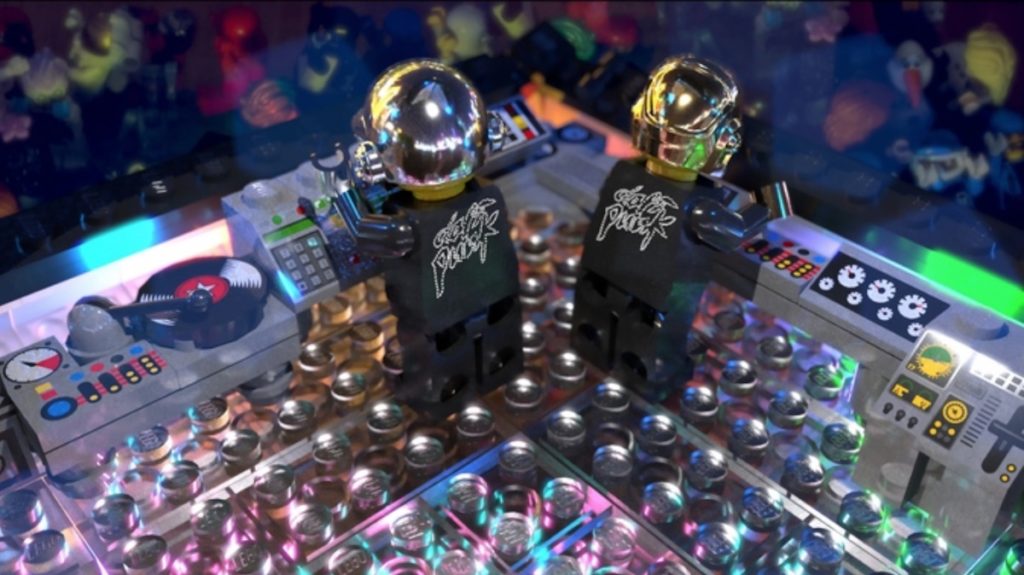 The cool part about all this is that UMG also happens to be the label on which Daft Punk released their first three studio albums.

On the partnership, LEGO Group CMO, Julia Goldin says, “We know music is a huge passion for so many children, it has an incredible ability to engage and unite children and their families, just like the LEGO brick. This partnership will see us celebrate the power of merging music and the LEGO System in Play, providing children with a whole new way to creatively express themselves by bringing to life music in their own world, their own way.”