The Economic Impact Of Coronavirus On The Music Festival Season

It’s easy to state that the economic impact of COVID-19 on the music industry has been massive. But just how massive? A new report from Viberate examines the wide-reaching effects of the virus on music festival season and where it’s hit the hardest.

While, as a US based company, our focus has been on US cancellations, festivals around the world have all equally felt the effect of COVID-19. 90 festivals have been cancelled in the US, but there’s also been 86 in the UK, 84 in Germany, 80 in France, and 121 cancelled or postponed festivals in the Netherlands. Overall, more than 750 festivals worldwide have been affected. 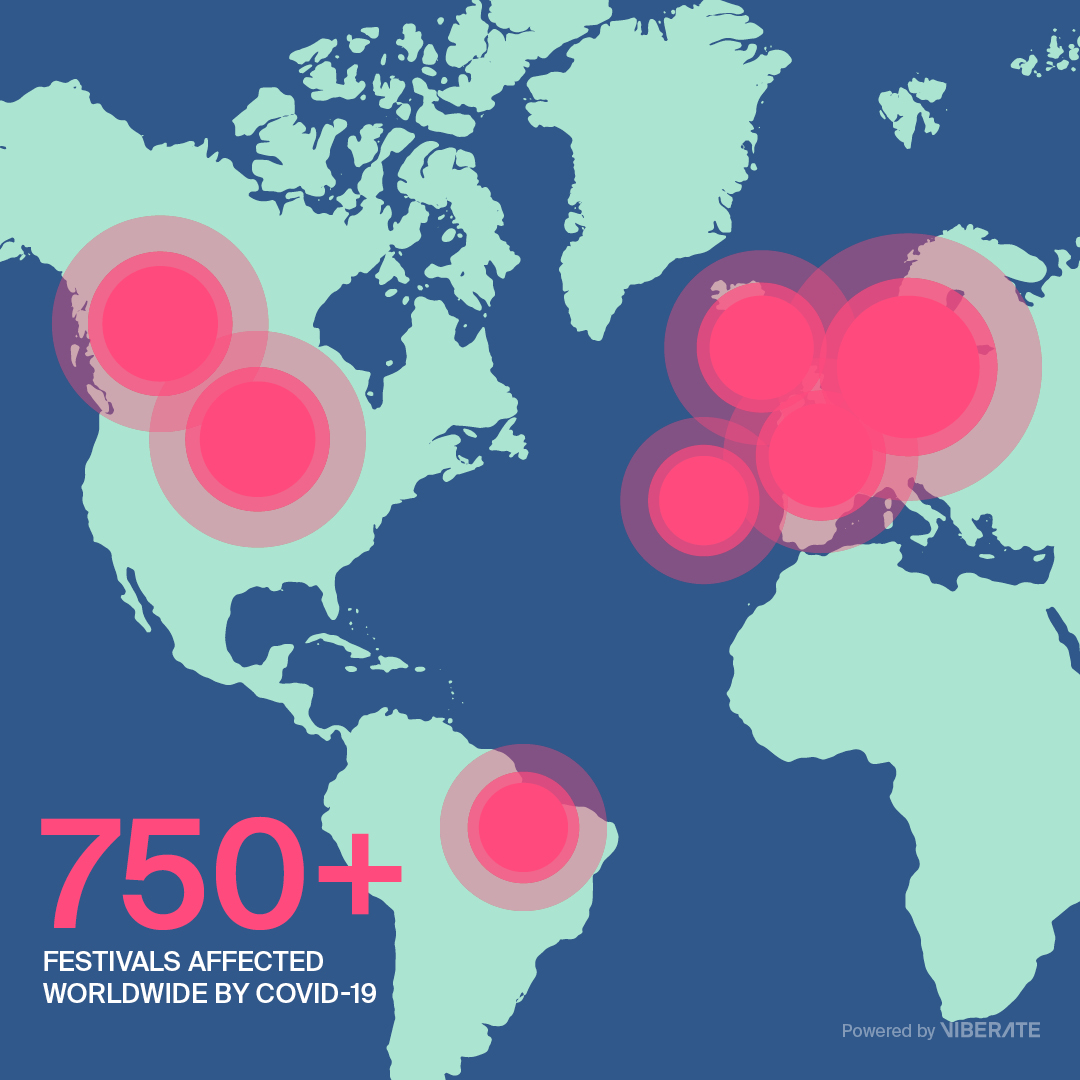 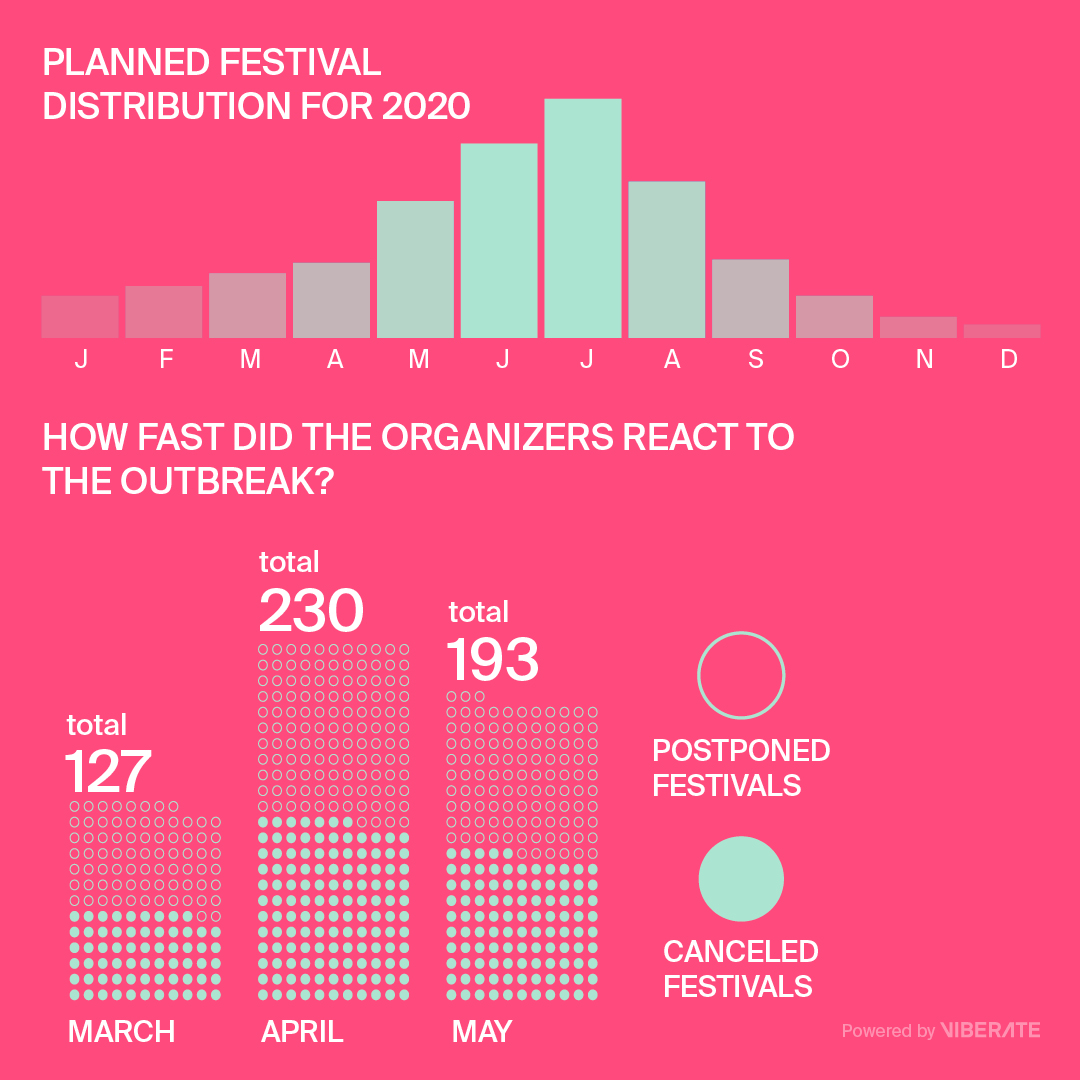 The estimated direct economic impact is a staggering $16.8 billion, with $5.1 billion in estimated ticket loss. The vast majority, $12.4 billion of the estimated loss, came from the mega festivals, those with 80k+ visitors. The remaining $4.4 billion were divided between those with less attendance. 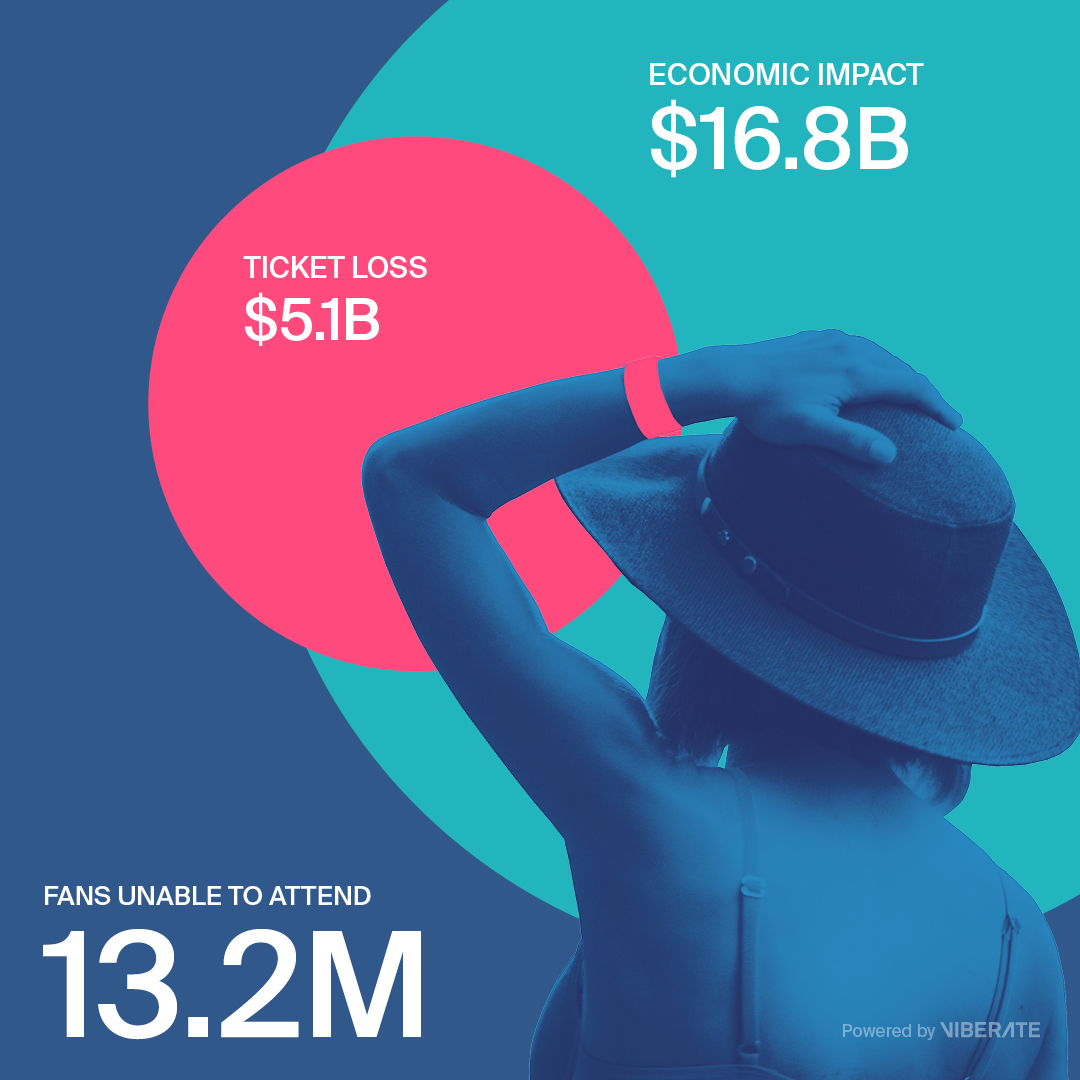 It is estimated that 13.2 million fans were unable to attend festivals this season.

Unfortunately, the final calculations for the report were made on April 21 (and only just disseminated this week) so the impact is likely even larger than the report indicates. You can access the full report here.